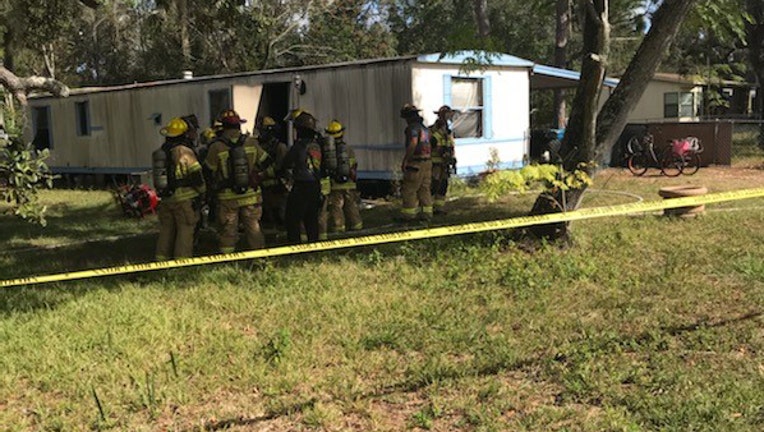 SPRING HILL, Fla. - One person was killed Saturday morning in a residential fire in Spring Hill.

According to Hernando County Fire Rescue, an off-duty deputy entered the manufactured home before firefighters arrived and put out most of the fire. That deputy also discovered a deceased person inside.

The Hernando County Sheriff’s Office is investigating the death.

Hernando County Fire Rescue had the fire under control shortly after 11:30 a.m. The fire caused moderate damage to the structure and the cause of the fire is currently under investigation by the Florida State Fire Marshall’s Office in conjunction with the Hernando County Sheriff’s Office.