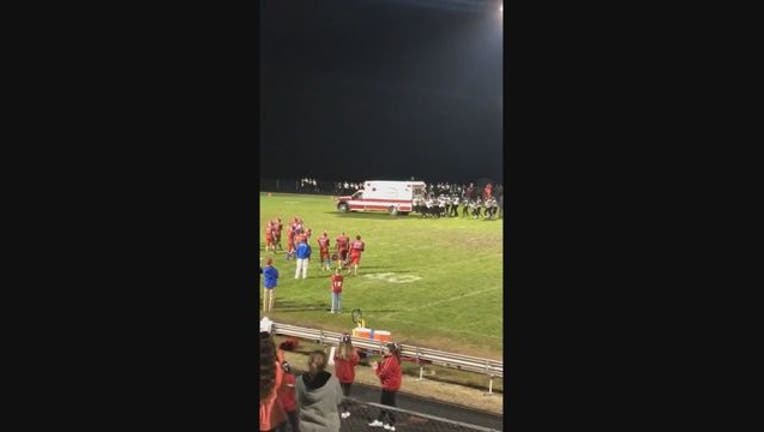 The game was between Fort Frye Cadets and the Northmor Golden Knights in Beverly on Friday, when the ambulance became stuck on the field of play.

There were six minutes left in the fourth quarter when paramedics were called onto the field of play following an injury to Northmor’s quarterback. A former student, Derek Layton, told Storyful the quarterback “took a hard hit” and was laying on the ground for “a little over” five minutes.

The ambulance was cleared to take the field, but the injured player ended up returning to the game, meaning the ambulance was no longer needed. However, it was stuck, and it took a group of students to push it to the sidelines.

Layton captured the group effort on video, which he shared on his Twitter account. Those in the audience can be heard chuckling and cheering at the situation along with a round of applause once they successfully shoved it away.

The game was previously tied at 0-0, but the winner was finally decided with 7.7 seconds left as Fort Frye scored a late touchdown.