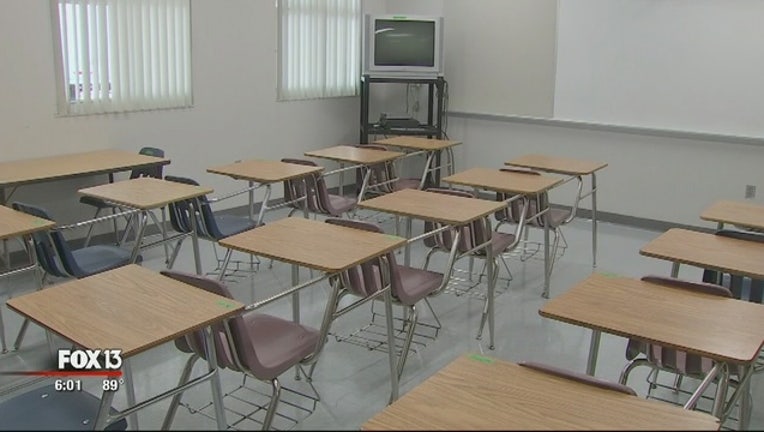 The proposed half-cent sales tax increase would bring an estimated $131 million a year into the district for the next 10 years.

According to the superintendent, the top of the list includes the repair or replacement of 203 deteriorating air conditioners and 63 aging roofs.

The district would devote $25 million to classroom technology and $23 million to safety and security improvements.

"Our district, we're in a time right now by which our budget is in a state by which we can't wait any longer," Eakins told reporters during a news conference Friday afternoon.

The superintendent explained how the district ended up in this situation. He said from 1995 to 2007, a population explosion led the construction of dozens of new schools. But when the recession hit in 2008, state lawmakers moved funding from school improvement budgets into other areas.

A decade later, with that funding never replenished, the district is still paying off those schools and is facing a $1 billion maintenance backlog. Eakins said the district needs an additional $1 billion to prepare for future growth.

The superintendent said all 230 schools will benefit with major and minor upgrades that will be spread out over the next 10 years. Some of the minor improvements include repainting the buildings and replacing or repairing playground equipment.