HOLMES BEACH, Fla. - Coastal towns are preparing for rain and storm surge from Hurricane Ian. On Anna Maria Island in Manatee County, storm shutters are going up and plywood is being hammered into place.

Schools are shutting down around Manatee and Sarasota counties as they transform into shelters. Brian Mathae, who owns the popular bar and restaurant Hurricane Hanks on Holmes beach, said he's hoping for the best.

"It's an island and when there’s prediction of storm surge that they’re predicting, you need to be inland for sure," said Mathae.

The island will go into a mandatory evacuation at 8 a.m. on Tuesday. 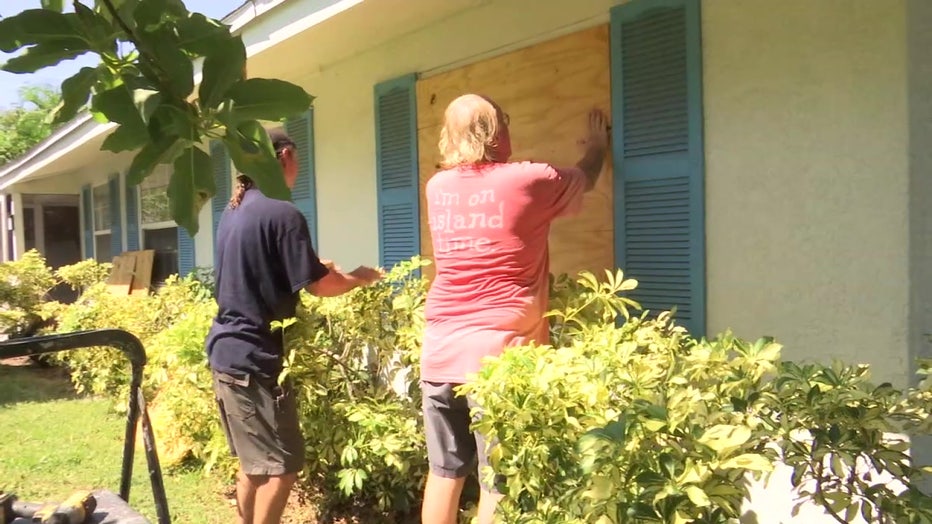 "It's going to be a huge rain event for us. We are worried about the surge," said Chief William Tokajer with Holmes Beach Police.

Holmes Beach police are preparing, and Chief Tokajer said once they close the island, residents won't be able to get back out for any reason.

READ: Florida suspending tolls, including in Bay Area, as evacuation orders are issued ahead of Ian

"We hope for the best. Obviously we live here, we work here. We’ve got 55 employees that count on our livelihood for our businesses, so it’s important to me that we can be functioning as quick as possible after this storm," said Mathae.