An Indiana homeowner has gone viral after she turned a popular meme into hilarious Halloween decor, and it sums up 2020 perfectly.

A photo of a home in Indiana has gone viral after its owners turned a popular meme into hilarious Halloween decor. The display, which was inspired by the "This is fine" comic seen on social media for years, now doubles as a joke that downplays how bad 2020 has been.

RELATED: 'The scariest thing I could think of’: Artist creates ‘2020’ Halloween decoration

The meme itself, which was adapted from a 2013 webcomic by KC Green, shows a dog calmly sitting calmly, drinking coffee, while the kitchen burns. "This is fine," the dog says in a speech bubble, rather blankly.

In order to recreate the scene, the Irvington homeowners set up a cutout of a dog sitting inside their window, surrounded by cartoon flames, underneath a sign printed with the words “This is fine." And in the age of the coronavirus, along with a stressful economy and election season, the display soon earned praise in the Internet for being so spot-on. 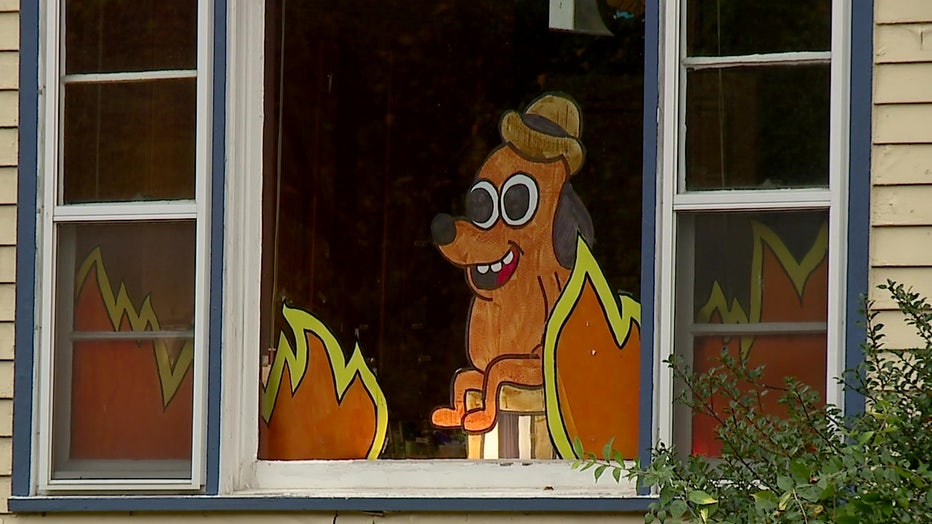 “It means, you know what? Everything has gone crazy, and we can’t control it, and we might as well just say it’s fine because we can’t do anything about it,” Lynch told Fox 59 of the go-to three-word phrase, often used for when a situation gets so bad, it's laughable.

The idea for her display, which is currently giving her neighbors a good laugh, came from her social-media-savvy son, Lynch said.

RELATED: 'It's the Great Pumpkin, Charlie Brown' to skip TV broadcast for first time in half a century

“I looked it up online, and went, ‘Oh my God, that’s perfect!” Lynch said.

And while in-person trick-or-treating may be scarce this year due to the pandemic, thousands have been admiring the home decor from a social distance... on social media.