Lydia Jacoby took home gold in the women’s 100-meter breaststroke at the 2020 Olympic games in Tokyo but her victory was felt over 3,000 miles away in her hometown of Seward, Alaska.

SEWARD, Alaska - Lydia Jacoby took home gold in the women’s 100-meter breaststroke at the 2020 Olympic Games in Tokyo, and her victory was celebrated more than 3,000 miles away in her hometown of Seward, Alaska.

The 17-year-old swimmer upset the reigning champion and 2016 Rio gold medalist U.S. swimmer Lily King to cement herself as the first Alaskan-born swimmer to compete in the Olympics and claim gold.

Jacoby inched ahead of King and South Africa’s Tatjana Schoenmaker in the final 50 meters to finish first in 1 minute and 4.95 seconds. She looked up in disbelief when she realized she had defeated King, the world record holder for the 100-meter breaststroke. 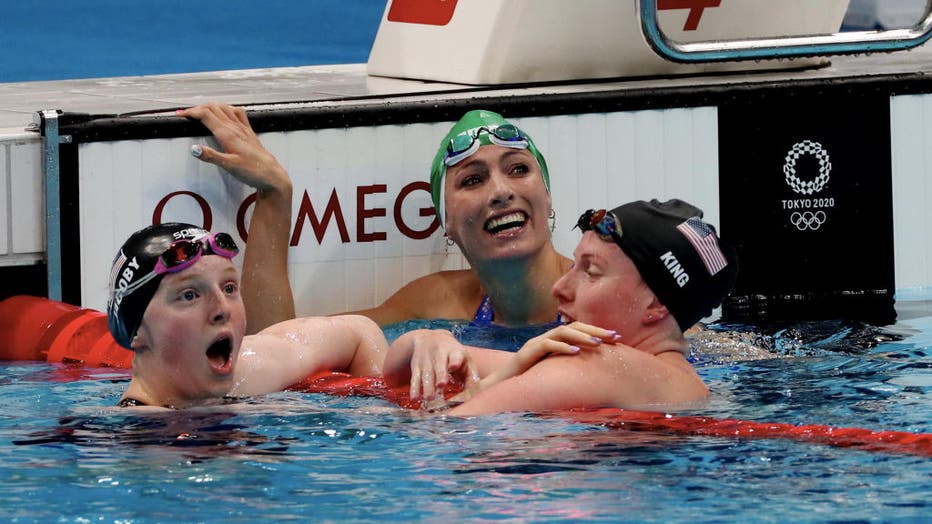 Jacoby grew up in Seward, Alaska, a small town 2.5 hours outside of Anchorage with a population of 2,773. During the COVID-19 pandemic, she would make the two-hour trip to Anchorage, rent an apartment, spend one week at home in Seward and one in Anchorage and train in an L-shaped pool, 25 yards in one direction, 25 meters in the other.

On July 27, a large crowd gathered at the Seward Cruise Ship Terminal in Seward to watch Jacoby’s race — the town threw a watch party so its residents could watch together.

"Seward put on an event so all the locals could watch Lydia together," Instagram user and attendee, @dietznate told Storyful. "It was magical!"

RELATED: Tokyo Olympics in path of typhoon after sweltering heat

And when Jacoby touched the wall first, the crowd erupted in joyous cheers. In a video posted on Instagram by @dietznate, they cheered and screamed while arms and rally towels were waved in the air as the live stream of Jacoby soaking in her victory played in the background. 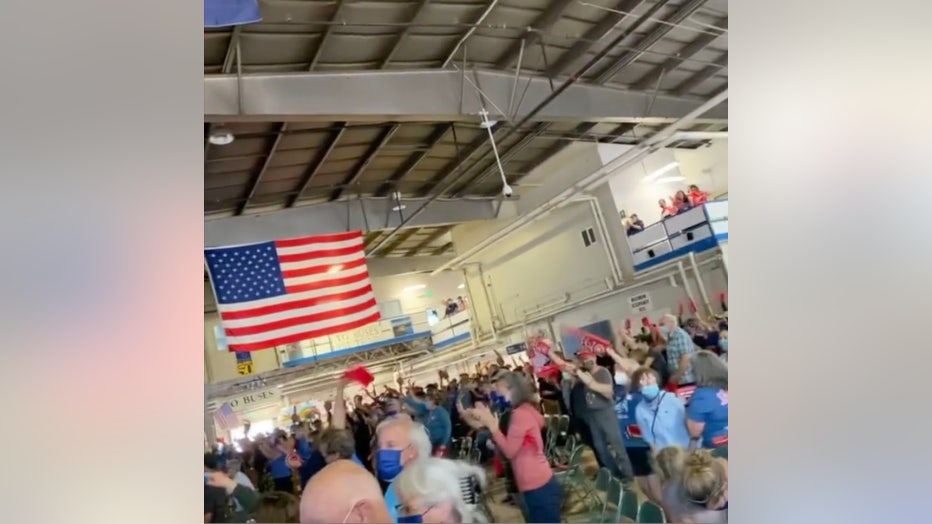 As of Tuesday, July 27, the United States had three gold medals in swimming and 12 medals overall in the sport. Regan Smith and Ryan Murphy took home the bronze medals in the women’s and men’s 100-meter backstroke, respectively, and King, who placed third, in the 100-meter breaststroke.

The United States’ gold medal count in the pool matches Australia’s total, but the U.S. has five more medals overall.