TAMPA, Fla. - A six-year-old hound mix named Rover is settling into his new home after being adopted New Year's Eve from the Humane Society of Tampa Bay.

Rover was brought to the shelter as a stray in July 2021 and, as of his adoption date, had been at the shelter longer than any of his fellow canine counterparts.

"He had some issues; he didn’t like other dogs, he was positive for heartworm, and he just sat, and sat, and sat in our kennels for six months," said Sherry Silk, the CEO of The Humane Society of Tampa Bay.

The average time for a dog to be at the shelter is about a week. For cats, it’s nine days, Silk says. 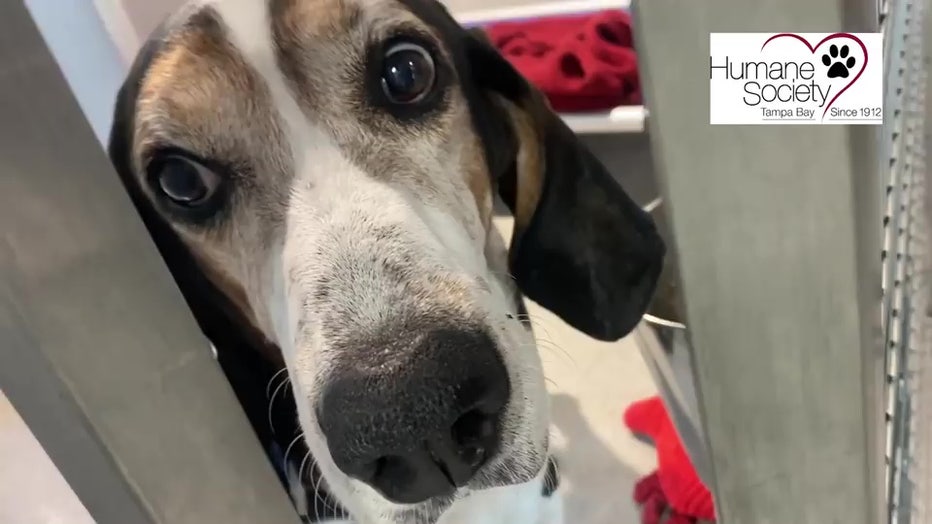 Six months was a long time to wait inside a cage, but by the looks of it, Rover knows it was worth the wait. His time in the shelter also brought many happy moments with staff and volunteers who considered Rover their favorite dog.

"He was great, he loved all the volunteers, he got very excited when we took him out on his morning walk, but people just weren’t bonding with him at all," said Silk.

Then a couple from Pinellas County came to the shelter and fell in love. He quickly became part of their family.

"Everybody was just so thrilled. Nobody wants to see an animal sitting in a cage, or a kennel that long, so we were absolutely thrilled," Silk said. 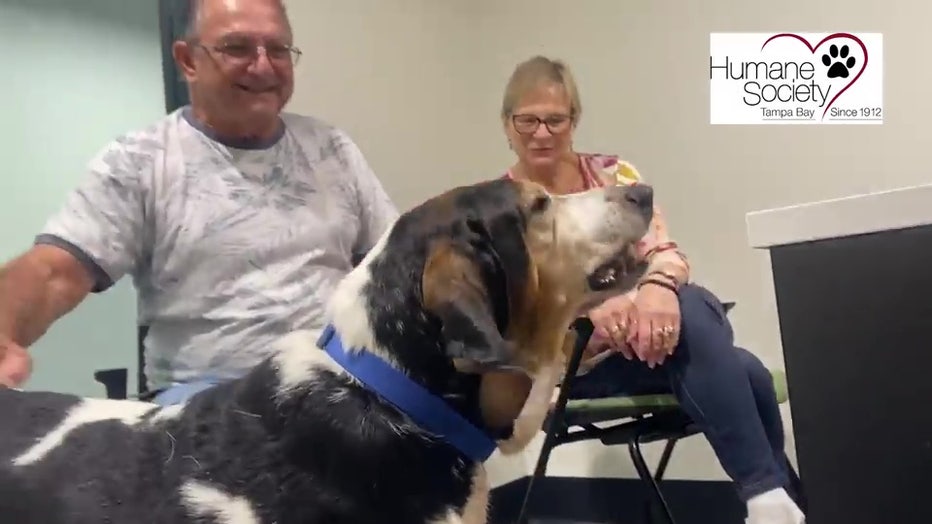 Before the new shelter opened, they adopted out about half that number because the facility was so much smaller.

See other adoptable pets at https://humanesocietytampa.org/.