Video of the boat parade for President Trump was taken by Nick Reinert.

COCOA, Fla. - Hundreds of boaters along the Space Coast showed their support for President Donald Trump on Saturday by holding a boat parade.

"Space Coast is honoring our Commander and chief, President Trump! We are asking every boat to fly your favorite TRUMP flag and USA Flag," the event page read. "During these unprecedented times in America President Trump is not able to hold his rallies, but together we can provide those rallies by water!" 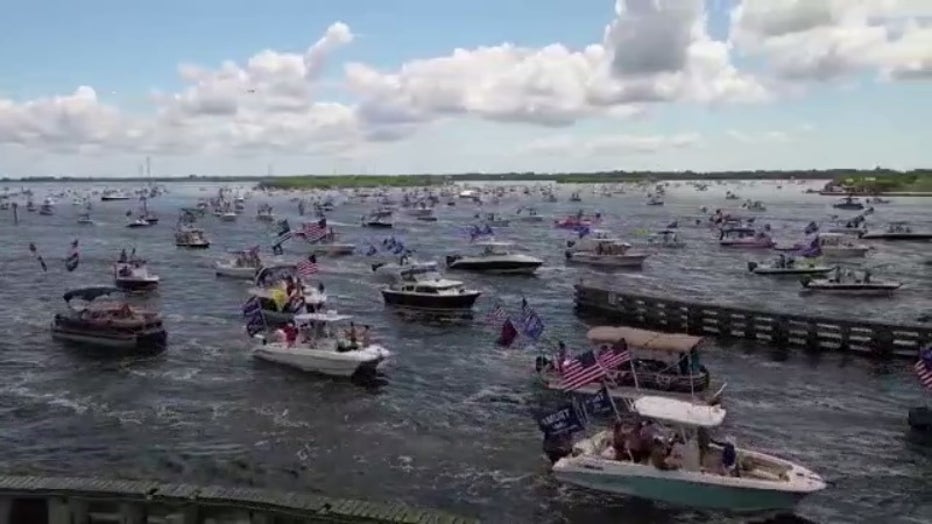 The parade started at the Power Lines at Route 528 on the Indian River and moved through Dragons Point before circling to the west on Barge Canal, the page explained.

Video of the event by Nick Reinert showed hundreds of boats, lined with both American and Trump flags, moving through the water of Brevard County.