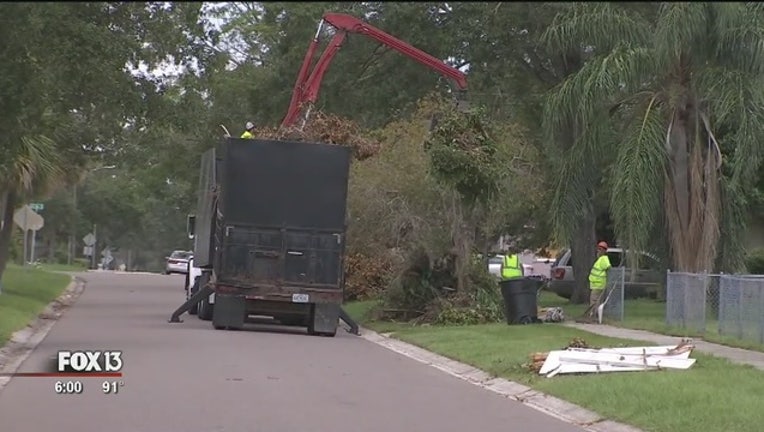 TALLAHASSEE (NSF) - Hurricane recovery efforts have already cost the state budget more than $141 million and are likely to increase, the Senate Appropriations Committee was told Thursday.

The extra spending has been authorized by Gov. Rick Scott in a series of budget amendments, using his emergency powers invoked because of Hurricane Irma last month.

A new tally of the amendments on Thursday included: $25 million for the Florida National Guard; $12 million for food, ice, water and transportation; $36 million for debris removal; $6 million for mosquito control; and $27.6 million related to the operation of the state Division of Emergency Management.

Additionally, Scott has authorized a $25 million interest-free loan program for citrus farmers, whose crops were devastated by the storm, and another $10 million “bridge” loan program.

Citing Florida's experience during the record hurricane seasons of 2004 and 2005, Amy Baker, coordinator of the Legislature's Office of Economic and Demographic Research, said other major costs loom, including a state match for federal emergency funding, affordable-housing funding and beach-restoration costs.

In the aftermaths of the 2004 and 2005 storms, Florida had to come up with more than $400 million each year to match funding from the Federal Emergency Management Agency.

The state spent some $358 million in affordable-housing projects over the last two major hurricane seasons. And Baker said lawmakers should “pencil in” a potential $80 million beach-restoration effort based on preliminary estimates.

The storm costs also come as the hurricane season has disrupted the state's economy. Baker said in the short term the storms are expected to reduce state revenue, including sales taxes. In the longer term, state revenue may increase as insurance payments are spent and storm-recovery construction occurs.

But Baker and other state analysts who studied the prior hurricane seasons expect the net financial impact of the 2017 season to be negative. In the 2005 season, the state spent $626 million, while reaping only $422 million in increased revenue.

“What you have at this moment in time is just a snapshot,” Baker told the senators. “There will a lot more positive and negative happening over the next few months.”

After the meeting, Latvala told reporters the outlook for the next budget year, which begins July 1, is “pretty dim.”

“We don't really have any extra money,” he said.

Latvala and other senators also raised concerns about Scott using his emergency authority to spend money without legislative involvement.

The state has a formal process where the Joint Legislative Budget Commission can amend the budget when the Legislature is not in session.

“I'm hopeful that we will be able to get back into a regular (budget) process,” Latvala said.

“The Keys are slowly coming back and are open again,” Flores said. “They are going to need our help, not just in the short term but certainly in the long term.”

Raschein talked about “mountains” of storm debris, a Marathon hospital that will have to be rebuilt and a county emergency operations center that had to be abandoned during the storm.

Latvala said helping the Keys with issues like workforce housing and rebuilding projects will be one of his priorities.

“In the past hurricanes, we have had legislation that has gone into direct capital efforts like that to restore communities and I am hopeful we will be able to do that this time as well,” he said.