Meteorologist Tyler Eliasen says Delta is arriving along the Louisiana coast, not far from where Laura hit.

Delta had weakened slightly to a Category 2 hurricane with 105-mph winds as of Friday evening. Any further strengthening is unlikely as the storm moves inland and runs into wind shear, explained FOX 13's meteorologist Dave Osterberg. 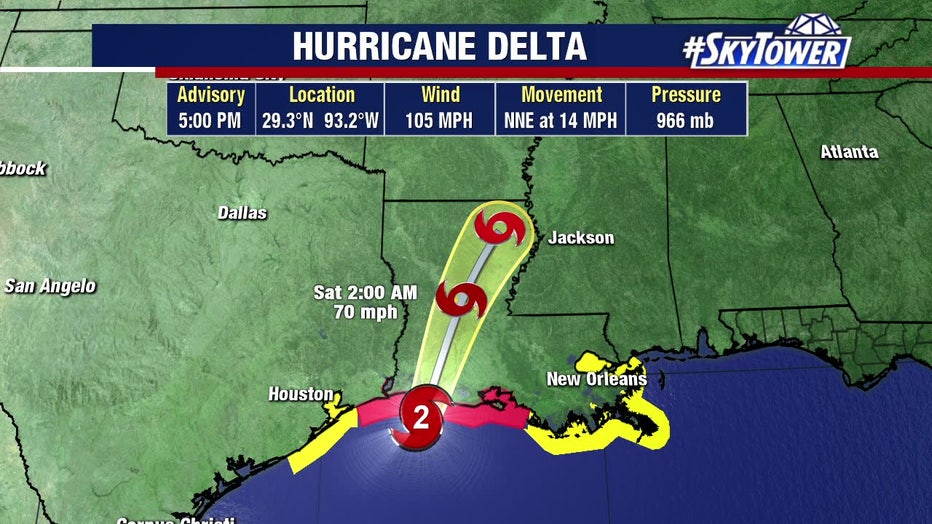 "Between the fact the eye is not really there or cleared out, the fact that we have southwesterly wind shear and it's beginning to move over some cooler water in the next several hours, I think it's kind of reached it's peak intensity," he said. "The big question is: How much is it going to decrease before it makes landfall?"

Osterberg said even if it drops down to 100 mph winds, he doesn't think the it will make a "big difference." 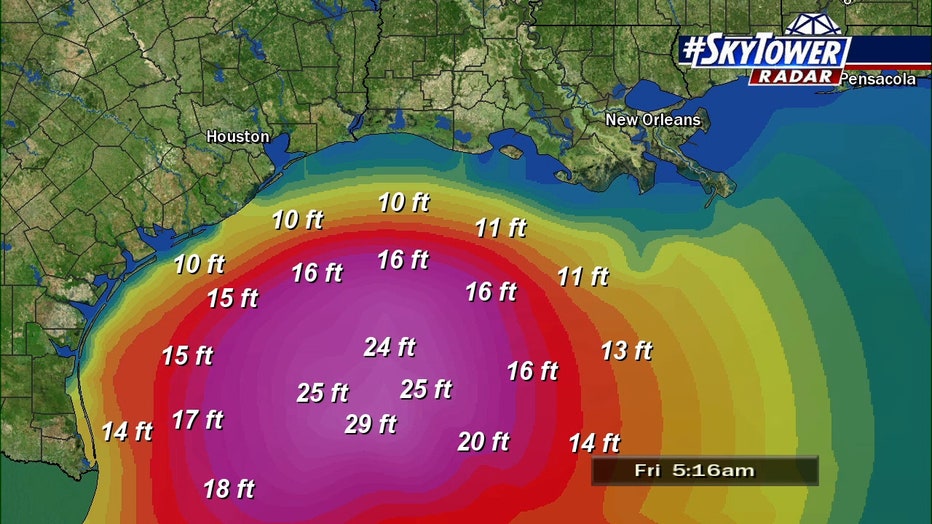 "There's so much water that this has accumulated since it has made its way into the Gulf of Mexico," he explained, "and that wall of water is headed into southwest Louisiana." 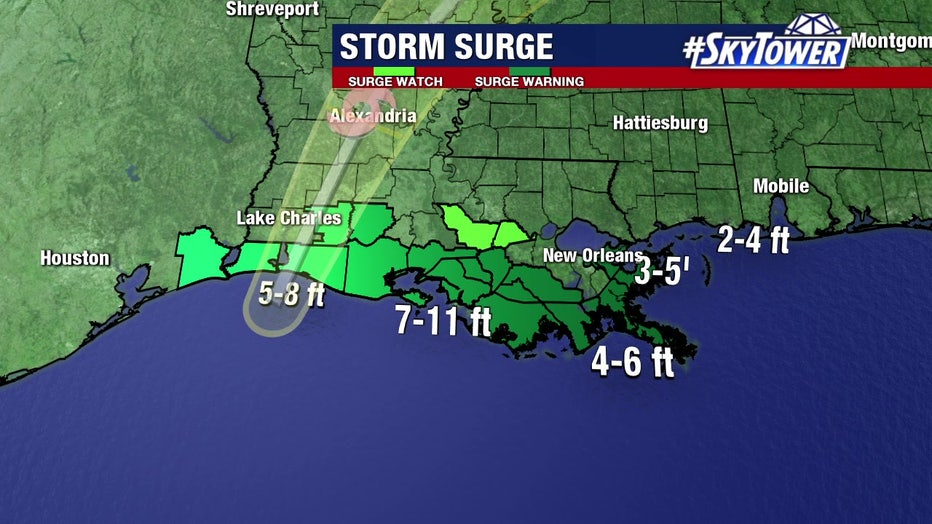 Delta will make landfall Friday, then very quickly phases out as it heads up into the Mississippi and eventually Tennessee

"There's a lot of energy, a lot of water coming with this storm," Osterberg said. "It's basically going near the same spot [Laura] went last time. They're still recovering...and they're going to get hit with those hurricane-force winds." 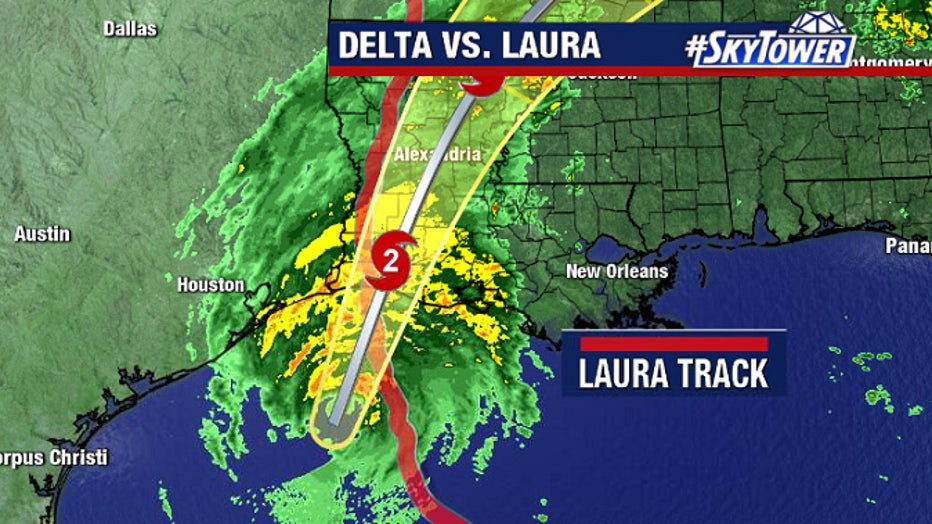 A hurricane warning, storm surge warning and tropical storm warnings are in effect for Delta.

A Storm Surge Warning is in effect for:
- High Island Texas to Mouth of the Pearl River Louisiana including
Calcasieu Lake, Vermilion Bay, and Lake Borgne

A Hurricane Warning is in effect for:
- High Island Texas to Morgan City Louisiana

A Tropical Storm Warning is in effect for...
- West of High Island to Sargent Texas
- East of Morgan City Louisiana to the mouth of the Pearl River,
including New Orleans
- Lake Pontchartrain and Lake Maurepas

It marked the sixth time this season that Louisiana has been threatened by tropical storms or hurricanes. One fizzled at the southeast Louisiana tip and others veered elsewhere but Tropical Storm Cristobal caused damage in southeast Louisiana in June. And Laura demolished much of the southwestern part of the state on Aug. 27, causing more than 30 deaths.