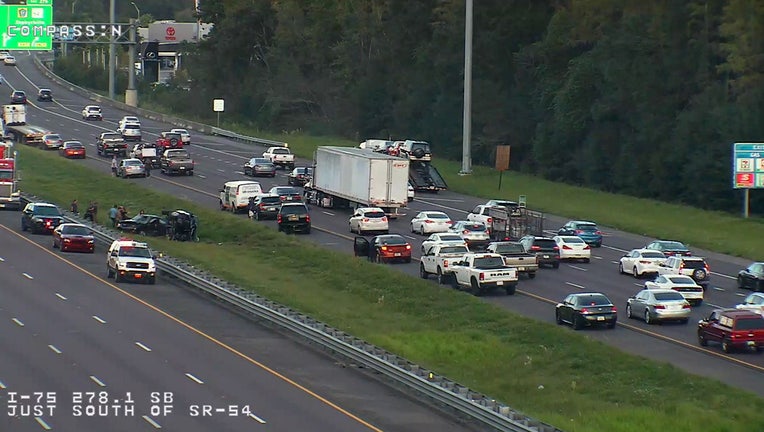 WESLEY CHAPEL, Fla. - Nnorthbound lanes of Interstate 75 have now reopened after a multi-vehicle crash in Pasco County, but traffic was still moving slowly.

According to Pasco Fire Rescue, the scene of the crash was just south of the Wesley Chapel Boulevard exit. The view from FDOT cameras showed at least two vehicles in the median, one of which was on its side.

The circumstances of the crash were not immediately available.