60 years of art on display in Tampa

An exhibit on display at the Tampa Museum of Art features six decades of artwork by Jasper Johns.

TAMPA, Fla. - The largest exhibit of Jasper Johns artwork in Florida is on display at the Tampa Museum of Art until September 5.

"This is a very significant body of work that spans over 60 years of the artist's printmaking pieces specifically," shared Nina Contreras Womeldurf, the director of marketing and communications at the Tampa Museum of Art.

The iconic artist is known for his patriotic paintings of the American Flag which he first created after being drafted into the U.S. Army in 1951.

While stationed in Japan, he was attracted to Japanese art with their use of colors and printing.

In 1954, he created "Flag" his first notable creation in the pop art world showing seemingly common objects in a new way. 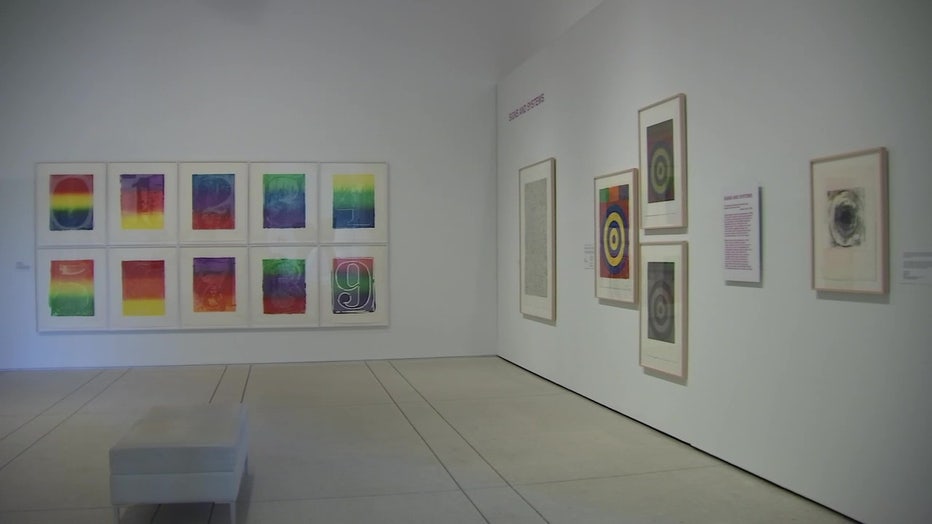 "While we do have the print work of the American flag on display as well, we have all of the other symbols that he's known for as well," Womeldurf shared. "(He's) one of the most iconic artists in the United States."

READ After months of isolation, seniors find connection to community through creative art

Getting his start in painting was just the beginning for Johns. His style drew the attention of the art community including New York's Museum of Modern Art who supported his projects. This allowed him to branch out into different mediums including wax and printing.

"He's recognized internationally (for) representations of the United States not just in uses of the American Flag but (in) the type of artwork that is known for American Art," said Womeldurf. 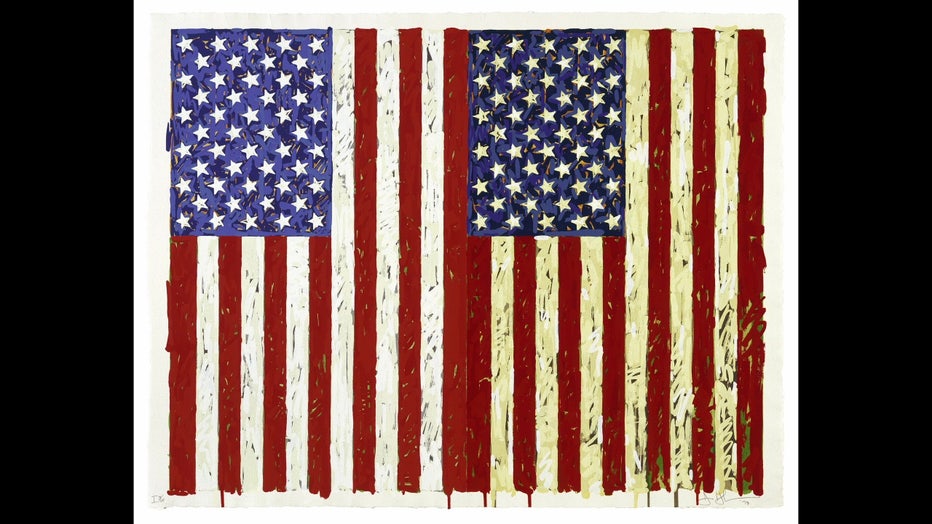 Some of the works on display include "Johns Flags 1, 1970" which is two of the prints of the American flag side by side; "Johns Savarin, 1977" which is a still life of paintbrushes in a Savarin Coffee can; and another of his iconic images "Johns Target 1960" and "Johns Target 1974" both showing his use of a traditional circular target in different depictions.

"The Museum is open seven days a week," said Womeldurf. "Every Thursday from 4 to 8 p.m. you can visit the museum during ‘Art on the House,’ and pay whatever price you would like to pay to get inside.

The Museum is located in downtown Tampa next to Curtis Hixon Park in the Cornelia Corbett Center, 120 West Gasparilla Plaza. Parking is available in the William F. Poe parking garage immediately to the north of the Museum.

LINK: Learn more about the museum at https://tampamuseum.org/visit/ .