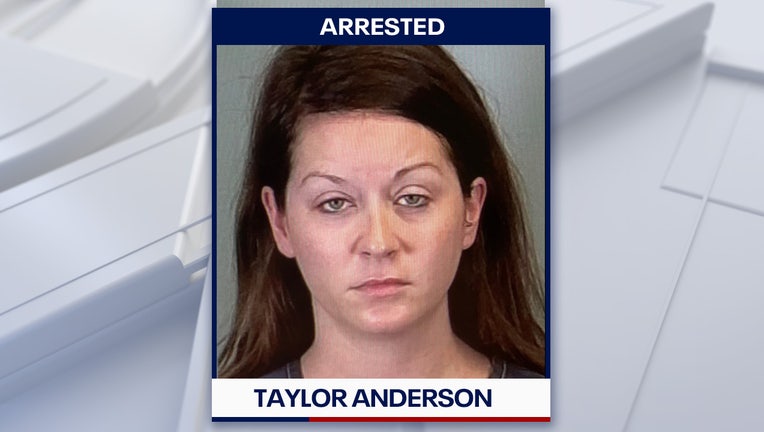 BRADENTON, Fla. - A teacher at IMG Academy was fired and later arrested by Manatee County detectives after officials learned she had a sexual relationship with one of the students, according to the sheriff's office.

On Monday, 38-year-old Taylor Anderson turned herself in following a three-week investigation that resulted in warrants for her arrest. Manatee County detectives said they began their investigation on Sept. 14, after IMG Academy staff notified them of a possible sexual relationship between Anderson and a student.

According to the agency, school administrators heard rumors of the relationship and confronted the student. The student confirmed there was a sexual relationship with Anderson. Detectives did not specify whether the student was male or female, and they did not provide the student's age.

After, Anderson was not allowed back on campus and was "terminated a short time later," officials said.

Through the investigation, detectives said they learned that Anderson was contacting the student through social media, as well as sending direct messages and texts over a period of several weeks. They said she picked up the student from the student's apartment in July 2021 and traveled to the beach.

There, they "engaged in sexual acts" inside the vehicle, investigators said.

Detectives said Anderson refused to speak with them. They obtained search warrants for her home, vehicle and cell phone. Evidence as a result of the search warrant, the student's statement, and data from the student's cell phone led to three arrest warrants for Anderson for charges of sexual battery by custodial authority, traveling to meet a minor, and transmission of harmful material to a minor.

Officials attempted to serve the arrest warrants at Anderson's home, but she was not there. Detectives said they contacted her attorney.

"After several days of evading deputies, including a brief trip out of state, Anderson turned herself in," according to the sheriff's office.