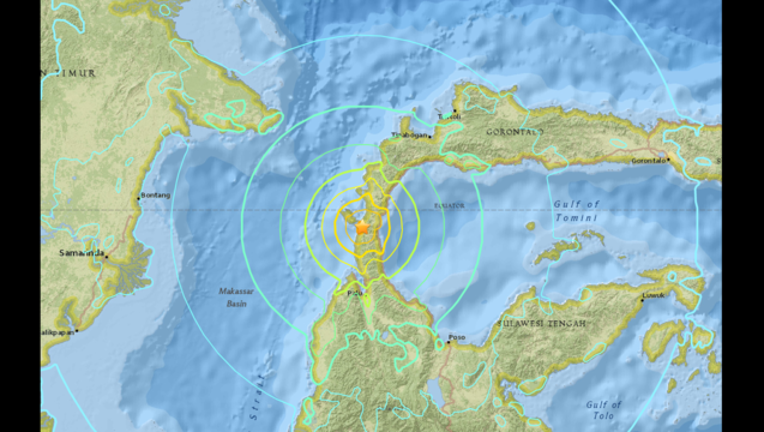 JAKARTA, Indonesia (AP) - The earthquake and tsunami that hit Indonesia's central Sulawesi province left many victims, a disaster official said Saturday, as rescuers raced to the region and an AP reporter saw numerous bodies in a hard-hit city.

Dawn revealed a devastated coastline in central Sulawesi where the tsunami triggered by a magnitude 7.5 earthquake Friday smashed into two cities and several settlements.

Disaster agency spokesman Sutopo Purwo Nugroho said in a television interview there are "many victims."

In Palu, the capital of Central Sulawesi province, a large bridge spanning a coastal river had collapsed and the city was strewn with debris.

An AP reporter saw bodies partially covered by tarpaulins and a man carrying a dead child amid the wreckage.

Communications with the area are difficult because power and telecommunications are cut, hampering search and rescue efforts.

Indonesia is prone to earthquakes because of its location on the "Ring of Fire," an arc of volcanoes and fault lines in the Pacific Basin.

In December 2004, a massive magnitude 9.1 earthquake off Sumatra in western Indonesia triggered a tsunami that killed 230,000 people in a dozen countries.