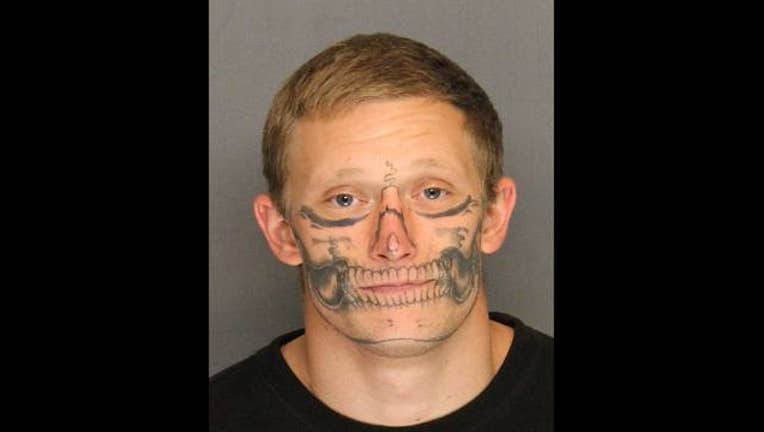 STOCKTON, Calif. (AP) - Authorities say an inmate with a skull tattooed on his face has escaped from a work crew in central California.

Hughes was serving time on a weapons charge and is due to be released in February.

The sheriff's office released a photo of Hughes, who has blonde hair and a tattoo on his face that resembles a skull and appears to be homemade.