SARASOTA, Fla. - A holiday light show in Sarasota is stopping people in their tracks. A local company spent thousands of hours dreaming up how hundreds of thousands of twinkling lights would dance with the music, pushing the limits of technology and imagination.

"We kind of trick you into thinking it's just normal white Christmas lights," said Justin Stancil, owner and CEO of Stancil Entertainment.

But as it gets close to 6:30 p.m., you can feel the anticipation building. When the show starts, it's anything but a white Christmas. 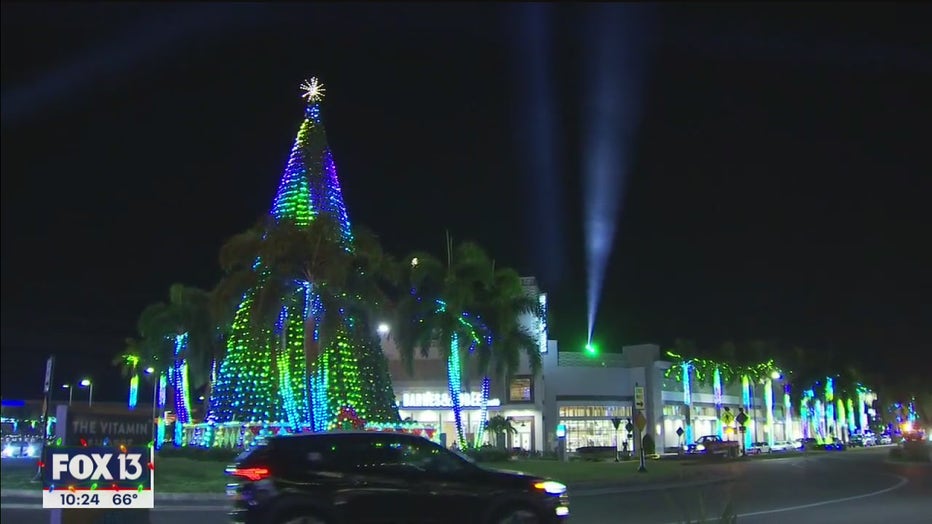 "It's just everywhere you look around you, there's just lights happening, doing something, beams into the air," Stancil described.

Sarasota's Mall at University Town Center transforms into a moving, twinkling, pulsating art as part of this year's Holiday Festival of Lights.

"Thousands of man-hours went into this, a lot of planning, we had to reimagine what our holiday festivities would look like this year," said Julie Fanning, marketing manager of Benderson Development.

Stancil Entertainment joined forces with technology developers to push the logistical limit on what a light show can be.

"We kind of took a leap of faith on some new up and coming technology," Stancil said. "We basically wanted to turn all the trees in the surrounding area into, not just Christmas lights, but almost like video screens." 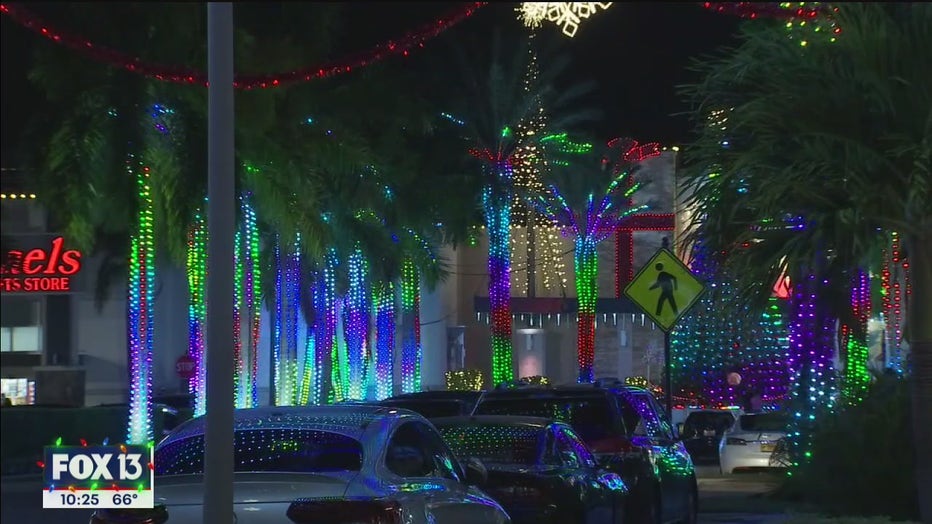 Their planning started in August, culminating with a show, just short of a quarter million pixels.

"There's no one in the world that is using the technology like we are," Stancil said. "Synchronizing the audio and the lighting to all be perfectly in time in a square quarter of a mile area was quite an undertaking as well." 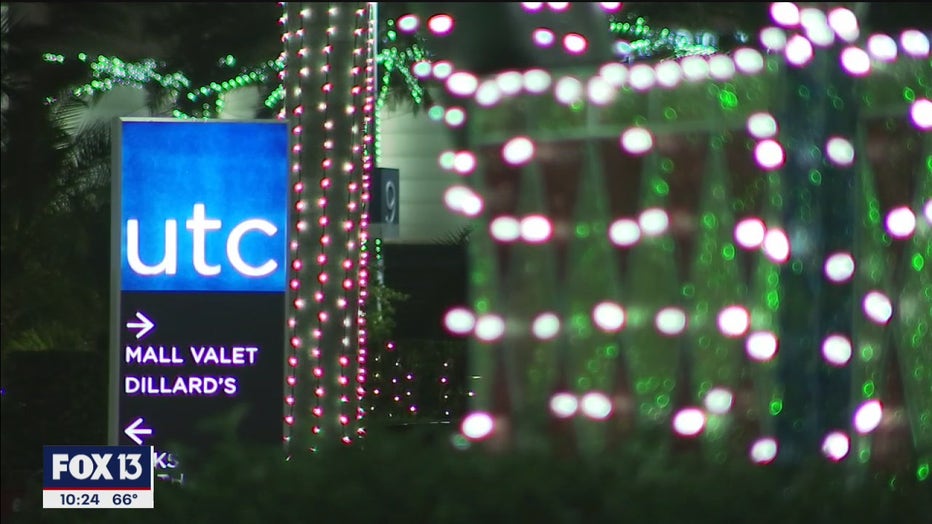 The goal of all that work is the joy on people's faces, the hugs, the smiles, the cell phones recording up in the air.

"It made me just feel happy," said Summer Stephens.

"I thought it was really amazing," said Meadow Flagg. 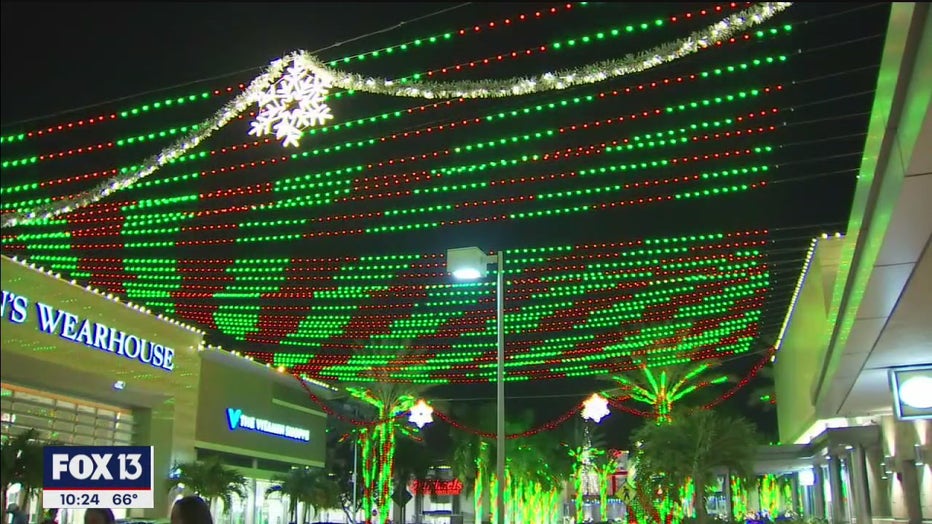 The bright lights, even if just for a moment, can help people forget any darkness in the world.

"It almost felt like being at Disney, didn't it?" Judy Diener asked her grandchildren, "with all the light everywhere and everything so cool looking. Yes, we loved it."

"That's one of the best parts is seeing the people's reaction to it," Stancil said. 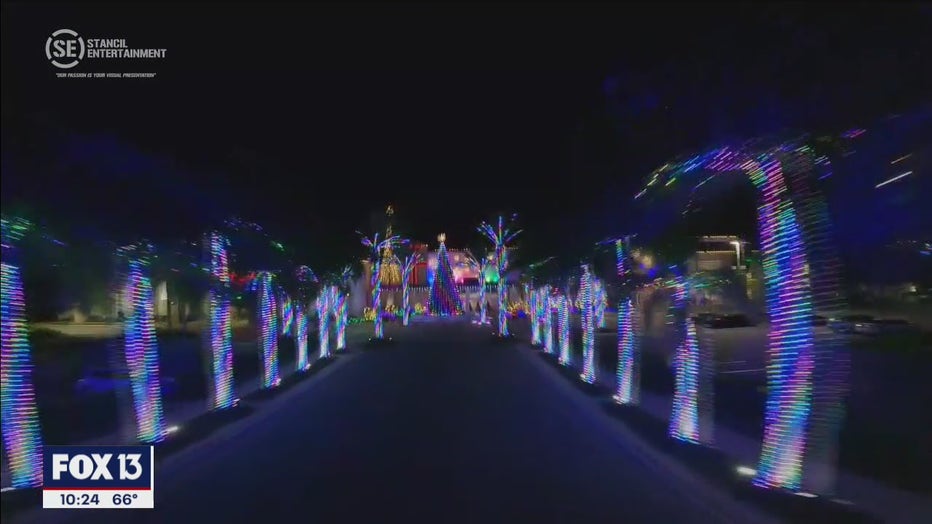 The light shows run every night through January 3, each half-hour from 6:30 to 9:30 p.m. There are many more holiday events happening at UTC. You can find them at https://mallatutc.com/events/the-mall-at-university-town-center-utc-holiday-festival-of-lights.