"Just pray for the town of Mayfield," Timothy Townsend tells his former neighbors in Tampa

TAMPA, Fla. - Timothy Townsend and his wife were supposed to celebrate a friend’s birthday party on Friday night, but were forced to stay in because of weather.

Fortunately, Townsend and his wife are OK. They live in Mayfield, Kentucky, about four miles from where the powerful storm produced a tornado.

"My home is fine, the way to town on this side of town is fine, but the minute you get into town and the downtown, it is absolutely it’s destroyed, it looks like something, like a war zone, that’s the only word I can describe it, like a devastating war zone, like a bomb went off," said Townsend.

He moved to Mayfield from Tampa about a year ago. 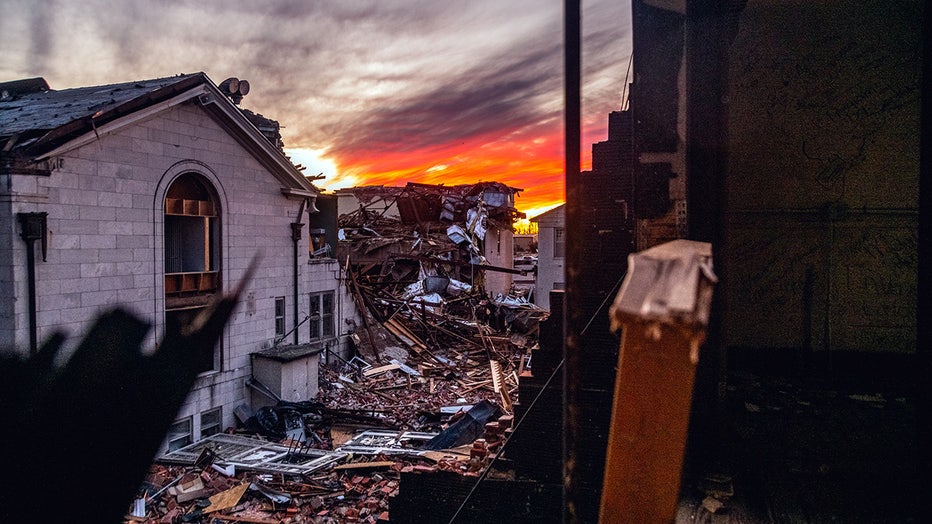 They drove around after the storm. He says the place he calls home is now unrecognizable.

"It looks like a giant lawnmower just went through town," he continued.

He says people in the community are now reaching out to those impacted by offering free tree-removal service, generators, and welding services.

"Just pray for the town of Mayfield and anybody else who was affected by this massive natural disaster," Townsend added.

RELATED: How to help tornado victims in Kentucky, other states

A woman walks away from a row of ambulances on the property of Mayfield Consumer Products Candle Factory after it was destroyed by a tornado, in Mayfield, Kentucky, on December 11, 2021. (John Amis / AFP)