CLEARWATER, Fla. - An inmate is back behind bars in Pinellas County after hoisting himself over a jail wall and through barbed wire. He briefly escaped for about 10 minutes before he was recaptured by deputies, telling them he didn't have a specific plan but considered requesting an Uber once he was free, the sheriff said.

During a press conference, Sheriff Bob Gualtieri said in the past 25 years, he had never seen an escape like what occurred on Thursday morning. In the space of about 26 seconds, Cody Jondreau managed to hoist himself over the jail walls, the sheriff said, adding that the 25-year-old inmate was thin enough to fit through the razor wire sitting on top.

Jondreau is facing charges in Ohio for the murder of his 9-week-old son, but fled to Florida where he was later found. He was being housed in Pinellas County Jail until he could be extradited back to Ohio.

Surveillance video shows Jondreau darting across a parking lot after he landed on his feet – where he likely broke his heel bone, according to the sheriff. There was just one more wall for him to climb over, which also had barbed wire scaling the top. The fence divided the jail from the Pinellas County courthouse.

"He was never out of sight of deputies who were on foot pursuit," Gualtieri explained. "He fell onto the courthouse side, got up and ran. Deputies were in foot pursuit of him the entire time. He did cut himself pretty extensively."

Sheriff Bob Gualtieri explains how Cody Jondreau managed to hoist himself over the jail walls.

He reached the property of Golf Car Systems, located on 140th Ave North, less than a mile away from the jail.

"Deputies were able to Tase him," the sheriff described. "He fell to the ground, he got back up and tried to run again."

It gave deputies an opportunity to grab Jondreau and take him into custody, again.

Sheriff Gualtieri said an investigation will be conducted to determine what, if any, changes should be made to avoid an escape like this from happening again.

"This is the first time in 25 years we had this happen," he said. "We’re looking at everything. It was kind of the perfect storm. He is really thin guy. He was able to get himself through the razor wire." 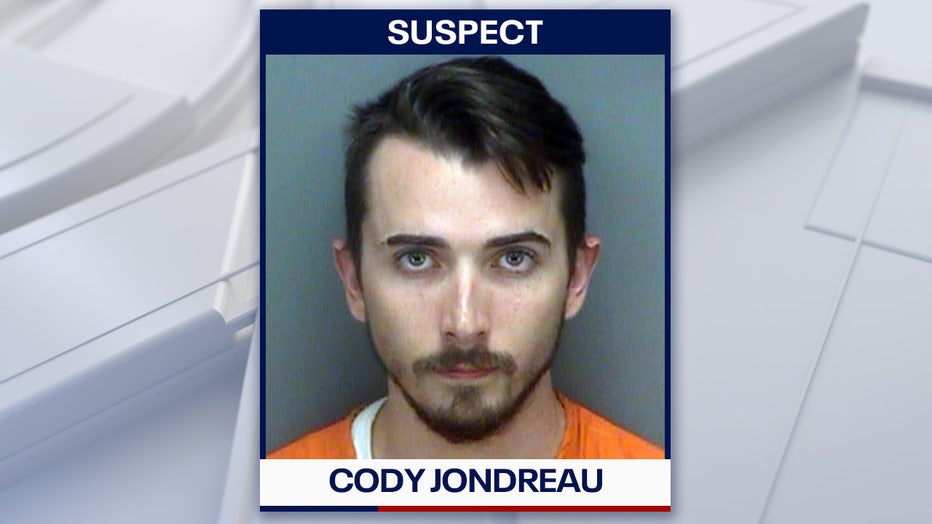 The sheriff said Jondreau was housed in a part of the jail with "maximum security," called the C-wing. On Thursday morning, inmates were in the C-wing's recreation yard. Above the wall surrounding the yard is a recreation tower and catwalk, Gualtieri described. There are painted areas in the recreation yard, indicating where inmates are prohibited from entering.

The corner of the yard where Jondreau began climbing was a painted area.

At one point, inmates said they were ready to return indoors. The deputy who was supervising the inmates from the catwalk entered the recreation tower to use the phone and notify deputies. That was the moment Jondreau began his quick climb over the fence using the door handle, awning, and conduit to heave himself up. 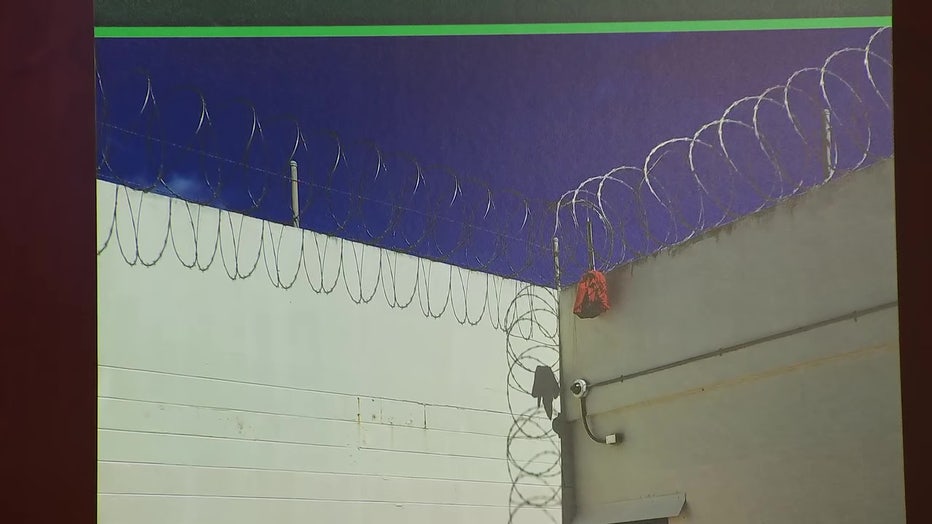 "He was able to hit it just right. This is the only rec yard that we have that you can get over that razor wire…and just hit only one fence," Gualtieri said. "This is one of those things that are set up that allowed him to do that."

The sheriff said after Jondreau was recaptured, the murder suspect claimed it was a spontaneous decision to escape and acted alone.

"It does look like to me that he thought through this. I think he probably had assessed things and in his mind, had a plan. But he didn’t know the area at all," Gualtieri said.

"This is the first time in 25 years we had this happen."

Jondreau was charged with killing his infant son in Ohio's Williams County.

"Apparently, he had been arrested, got out of jail, and fled," Sheriff Gualtieri said, adding that he is unsure of Williams County's laws that allowed Jondreau to be out of jail.

The sheriff said Jondreau was found and arrested in Polk County on May 11 for a warrant out of Williams County. The Ohio county has a contract with the U.S. Marshals where federal agents can transport their fugitives back to the state. 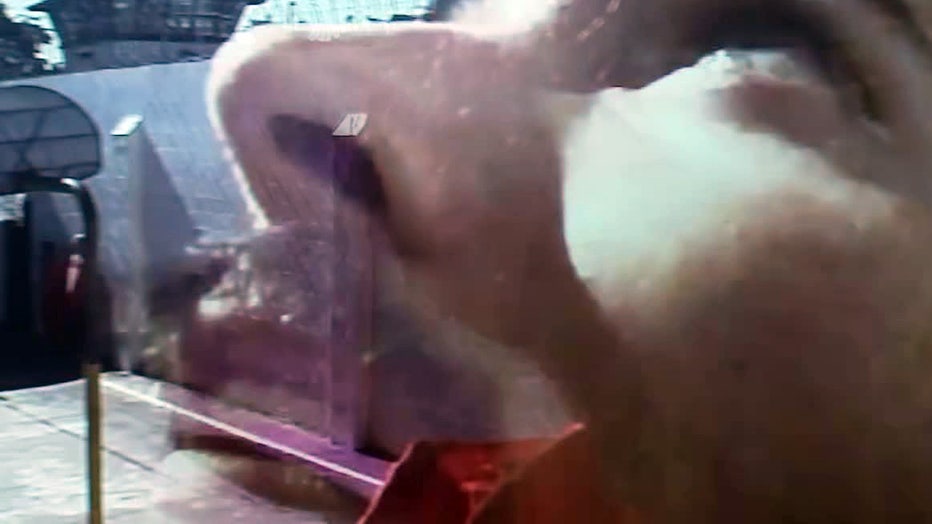 Surveillance cameras captured this image of Jondreau climbing past.

Pinellas County also has a contract with the U.S. Marshals, where federal inmates can be housed there. Jondreau was booked into Pinellas County Jail on May 28.

As for what Jondreau planned to do if he successfully escaped, Gualtieri said the inmate told deputies one possible idea.

The sheriff said he doesn't want to immediately file escape charges against Jondreau because that would mean he would be required to remain in the county.