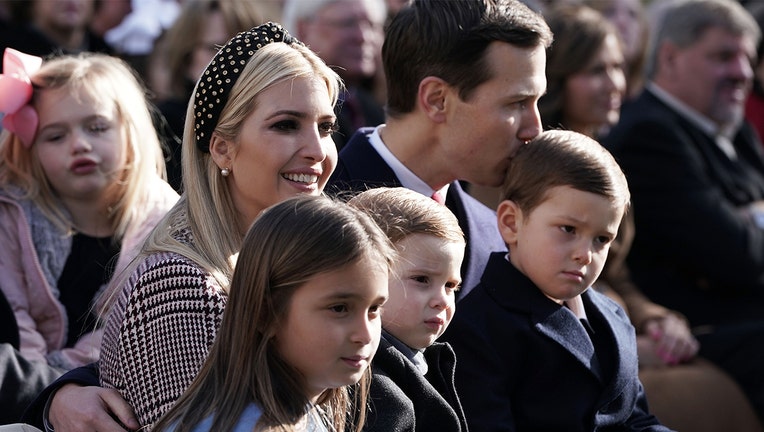 PALM BEACH, Fla. - When Donald Trump announced his third bid to run for president Tuesday, his daughter, Ivanka, was not on stage with him.

The former president's oldest daughter later told Fox News she does not plan to be involved in his campaign this time around.

"I love my father very much. This time around, I am choosing to prioritize my young children and the private life we are creating as a family. I do not plan to be involved in politics. While I will always love and support my father, going forward I will do so outside the political arena," she said. "I am grateful to have had the honor of serving the American people and will always be proud of many of our administration’s accomplishments." 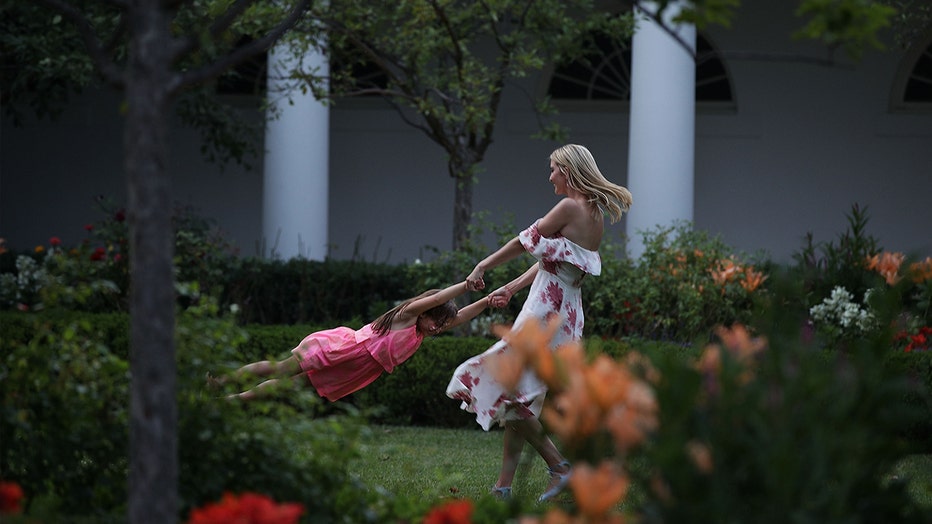 WASHINGTON, DC - JUNE 22: Ivanka Trump (R), daughter and assistant to President Donald Trump, plays with her daughter Arabella Rose Kushner (L) in the Rose Garden during a Congressional Picnic on the South Lawn of the White House June 22, 2017 in Was

Ivanka and Kushner have three children — Arabella, 11; Joseph, 9; and Theodore, 6. The couple moved to Miami after spending four years in Washington D.C.

"They are at critical ages, and we are enjoying these moments with them… Time is fleeting, and every parent will tell you it really does go by so quickly," Ivanka said. "We’re happy where we are right now, and we will continue to support my father — as his kids."

He told a room packed with supporters at Mar-a-Lago that the campaign would be "all of ours."

Ivanka explained she is "extremely close" with her father.

"That hasn’t changed and will never change," she stated. "I’ve had many roles over the years but that of daughter is one of the most elemental and consequential. I am loving this time with my kids, loving life in Miami and the freedom and privacy with having returned to the private sector. This has been one of the greatest times of my life." 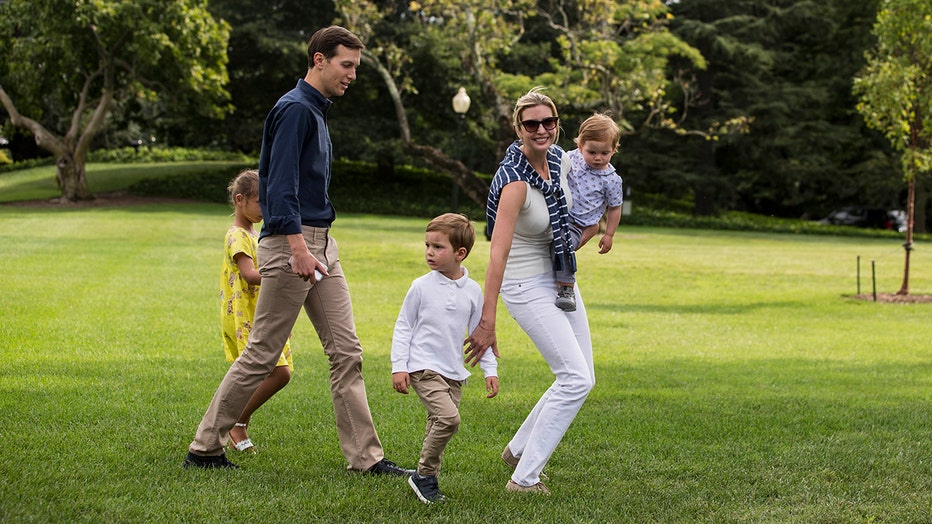 Jared Kushner and Ivanka Trump with their children, Arabella, 6, Joseph, 3, and Theodore, 1 exit Marine One on the South Lawn August 27, 2017 in Washington, DC. Trump is returning to the White House after a weekend at Camp David. (Photo by Alex Edelm

PREVIOUS: Donald Trump is running for president again in 2024

She served as a senior advisor in the Trump administration, emphasizing she "never intended to go into politics."

"I’m very proud of what I was able to accomplish," she said. "I left it all on the field, and I don’t miss it."

A source close to Ivanka told Fox News Digital she is always transparent with her father, saying the decision to stay out of politics is not one she made "yesterday."