Volusia County Animal Services is looking for the owner of 100 pigeons that created quite the scene on Interstate 95 in Daytona Beach Tuesday night.

UPDATE: Officials said they were not able to locate the owner of the pigeons and have temporarily placed them with a rescue group.

According to the trainer currently housing the birds, many of the pigeons are thought to be very young and are receiving care regarding damage to their wing feathers.

Officials said in about a month, the birds will begin training at Universal Studios and will ultimately be a part of the flight show at the park.

PREVIOUS VERSION: Volusia County Animal Services is looking for the owner of 100 pigeons that created quite the scene on Interstate 95 in Daytona Beach Tuesday night.

The agency said around 11 p.m. drivers reported the birds -- startled by flashing lights -- were flying in the air and blinding drivers on the exit ramp at International Speedway Boulevard.

The call so unexpected, it even caught the dispatcher by surprise.

"Uh, we got two lanes of the highway full of birds," reported the caller.

"Excuse me?" responded the dispatcher.

Several agencies -- including Florida Fish and Wildlife, the Volusia County Sheriff’s Office, and animal services -- responded to try to wrangle the birds.

"Alright we got the four… runners," a deputy can be heard on body camera footage. 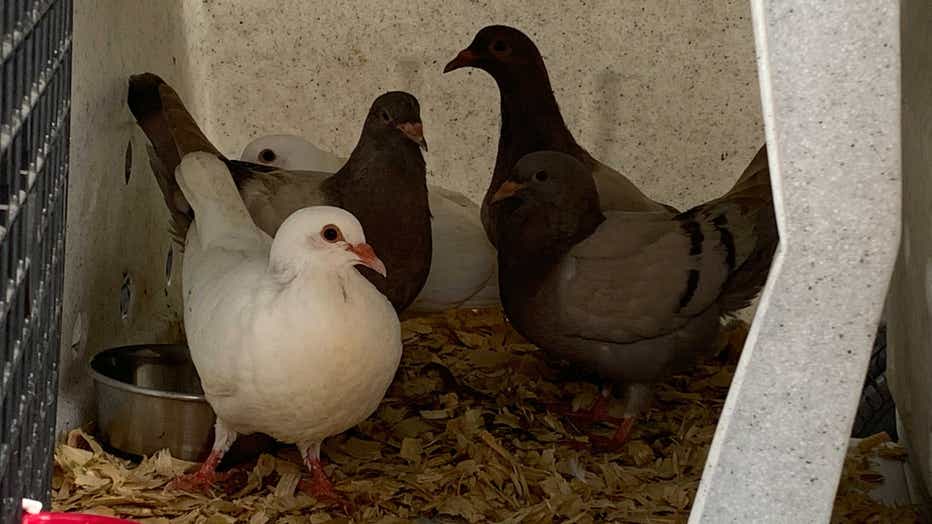 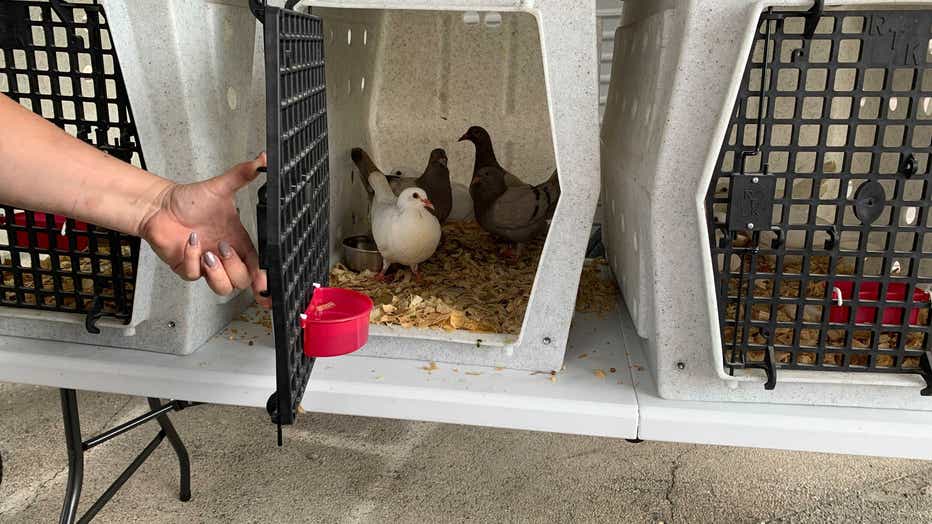 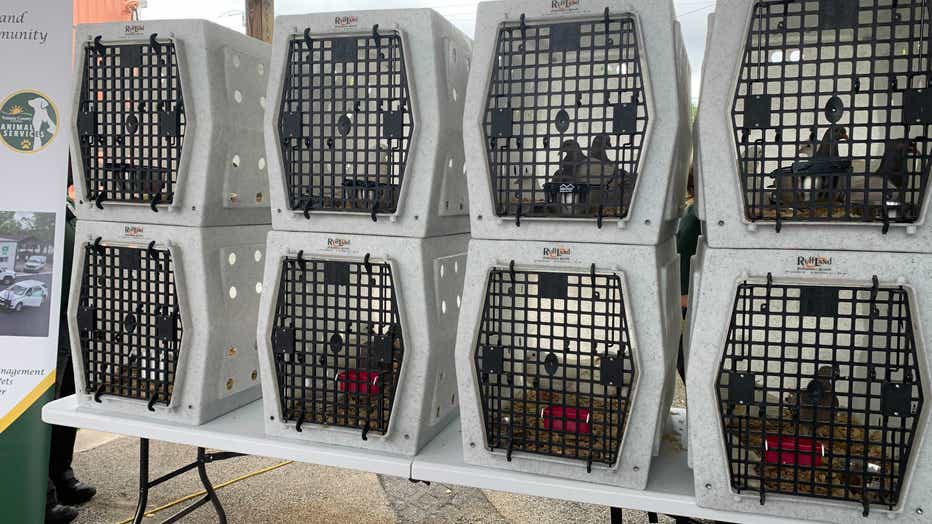 Alicia Dease with the county’s animal services said the birds are often used for ceremonies.

"It could be for a funeral service or a wedding service, folks will order them in and set them free," she said.

However, because the birds are not banded there’s no telling what the owner intended to use the birds for. They are now searching for that person.

"So we’re gonna hold onto them until Friday at which point we will be reaching out to rescues to help us with them if we don’t find the owner," she said.

Anyone with information regarding the pigeons should call Volusia County Animal Services at 386-248-1790 or email ADease@volusia.org.