MADEIRA BEACH, Fla. - There's a new proposal for those who like to hang out in John's Pass Village that would allow people to legally walk around with an alcoholic beverage.

Technically, you’re not allowed to walk up and down the streets of John’s Pass while sipping on beer, wine, or a cocktail. However, if this new proposal goes through that could all soon change, giving people the opportunity to move about freely throughout John’s Pass with a drink in hand.

Currently, if you’re caught enjoying a margarita or a beer outside the confines of a restaurant or bar at John’s Pass, you could be fined or even arrested. But, a new ordinance introduced by the city’s community development director proposed turning most of John’s Pass into a "wet zone," meaning visitors will be able to legally enjoy their drinks while out and about without worrying about breaking any laws.

They say as it is, people are already doing it anyway. Meaning the sheriff's office is constantly out there having to ticket or arrest folks. They say making these changes will give people a little more freedom while allowing them to still have rules in place. 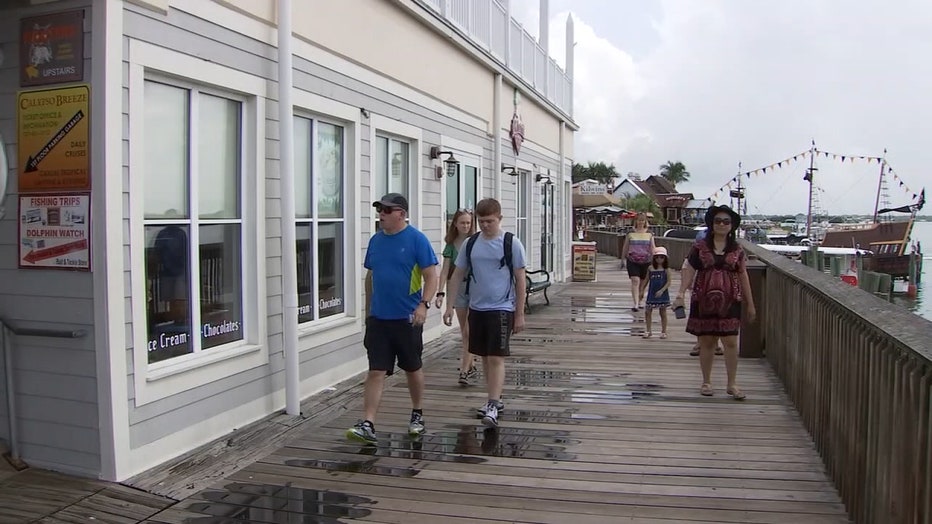 Council members say that even if they turn John’s Pass into a wet zone, it is still a family atmosphere. Public intoxication would still be against the law.

"I don't see a problem with people walking down the street with a beer, glass of wine, or whatever and going up on the boardwalk with it," said Madeira Beach Mayor John Hendricks. "So, I say we move forward."

There would still be some areas that would be considered dry zones where you cannot carry around an alcoholic drink, such as Gulf Boulevard, which is a that is already a very busy street. The same would apply to Pelican Lane. City leaders say that is a residential street, and they are not trying to encourage any type of activity that would disturb residents.

Now, this is still a proposal, but when it was addressed at the city commission meeting earlier this month, no member was opposed to the idea at the time. It will still have to go through the formal process and an official vote before any changes can take place.