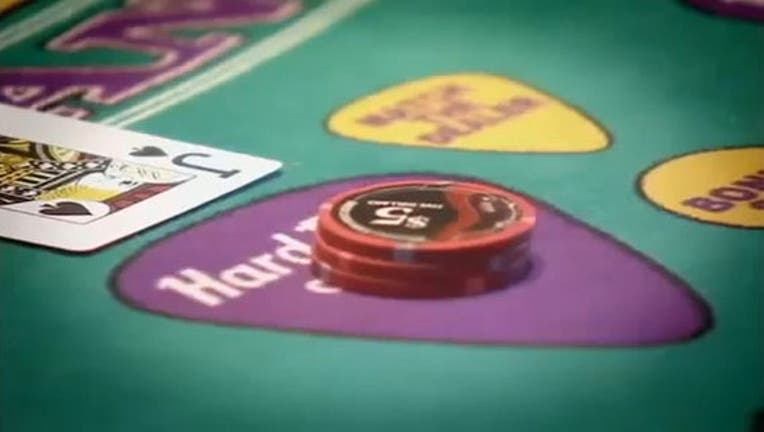 TALLAHASSEE, Fla. - A Leon County circuit judge on Wednesday refused to immediately halt efforts backed by the Seminole Tribe to try to block a gambling initiative from getting on next year’s ballot.

The initiative, supported by casino giant Las Vegas Sands Corp., would allow voters to decide whether to allow parimutuel operators in North Florida to add casino games to their operations. The measure, if approved, would open the door to Las Vegas-style casinos along the Interstate 10 corridor in North Florida and is geared toward a facility in the Jacksonville area.

Florida Voters in Charge, the political committee behind the proposed constitutional amendment, is racing to meet a Feb. 1 deadline to submit nearly 900,000 signatures to the state to make it onto the 2022 ballot.

A lawsuit filed by the committee in Leon County circuit court accused businesses, individuals and a committee linked to the Seminoles of trying to "sabotage" the petition-gathering efforts. Florida Voters in Charge asked Circuit Judge Angela Dempsey to issue a temporary injunction to halt alleged "tortious interference" related to the attempts to block the proposal from going before voters.

But Dempsey on Wednesday refused to grant a temporary injunction and scheduled another hearing Friday on the defendants’ motion to have the case dismissed.

The lawsuit alleges "parties acting on behalf of the Seminoles have engaged in concerted and aggressive efforts to harass and intimidate individuals who are exercising their legal right to obtain signatures necessary to place a citizen initiative on the Florida 2022 ballot."

The lawsuit also alleges that parties linked to the Seminoles are "paying off" contracted petition circulators to quit working and leave the state. While Florida Voters in Charge needs to submit 891,589 valid signatures to the state by Feb. 1, it needs to finish collecting the signatures by the end of December because of time needed for county elections supervisors to process them.

"There is an emergency here," Jim McKee, a Tallahassee attorney who represents Florida Voters in Charge, told Dempsey during Wednesday’s hearing. "Every day that goes by, what’s happening is people are being poached. People are being paid to leave the state, for what purpose? For the sole purpose of trying to not have the requisite number of signatures obtained between now and Dec. 30. We’re only 22 days away. At this point, the whole point is to try to get as close to Dec. 30 as possible while they continue to do their obstructionist and sabotage activities."

Lawyers for the defendants, meanwhile, argue Dempsey should dismiss the case,

"Fundamentally, they’re seeking to silence the number of voices that speak against them with vague allegations, a complaint that doesn’t identify who these real people are who’ve been tortuously interfered with and frankly … they say that those A, B and C still have a contractual relationship with them," West Palm Beach attorney William Shepherd of the Holland & Knight law firm argued during Wednesday’s hearing.

According to the state Division of Elections, Florida Voters in Charge had submitted 230,062 signatures as of Wednesday afternoon, surpassing the number required for a critical Florida Supreme Court review of the wording of the ballot initiative.

Defendants in the lawsuit include Marc Jacoby; Kara Owens; Cornerstone Solutions Florida LLC; Let the Voters Decide, LLC; and Standing Up for Florida, Inc., a political committee backed by the Seminoles.