Tampa man to stay jailed ahead of mental health treatment

TAMPA, Fla. - Patrick Macina wants to get out of jail and would not take 'no' for an answer during a virtual court appearance Monday.

"I can’t stand another day in jail, man. It sucks so bad, Judge, you have no idea," pleaded Macina.

Macina seemed to think the best way to get his wish was to fire his public defender, Ann Shane.

"I understand that Mr. Macina wants to represent himself and wants to enter the plea. I can understand why because he wants out of jail and I get that," said Shane.

"So bad, so bad," interrupted Macina.

Macina is accused of using a baseball bat to break into someone’s car. After he was caught, police said they found bullets in his pocket, which was a violation of his probation. 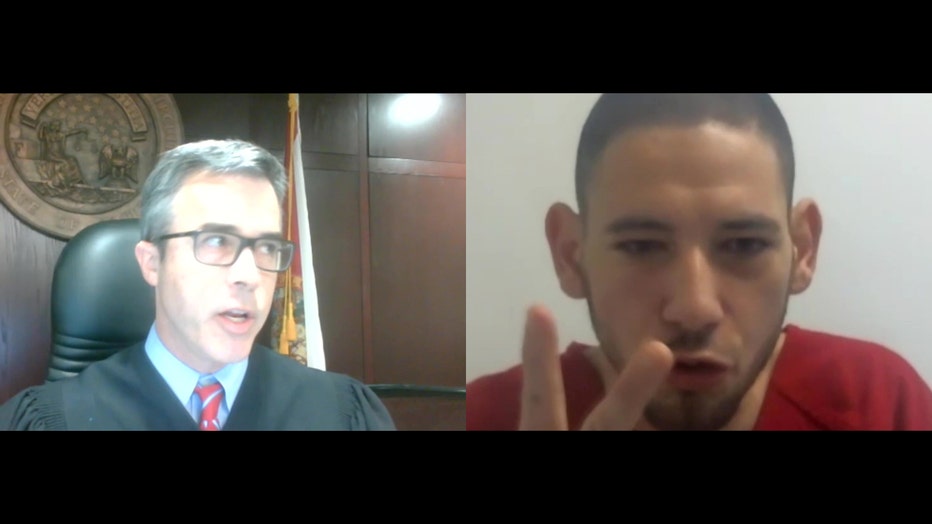 The state has offered him a deal that will get him out of jail, but Shane had concerns.

"I did raise competency even though he wants to plead," explained Shane.

That followed another interruption by Macina.

"I will plead today. No need to continue, judge. We can plea today," urged Macina.

But Hillsborough County Circuit Judge Mark Kiser couldn't ignore a report from a doctor who evaluated Macina for competency.

"I have a doctor here who says he’s actively psychotic," said Kiser.

Shane agreed with that assessment.

"So there’s a dilemma," she expressed.

"I do not agree with what Ms. Shane said. I am of sound body of mind. I know what I’m doing and I would not hurt a fly," said Macina.

After going several rounds on the issue, Macina didn't get his way. The judge decided treatment, not jail, is the best fit for the defendant. Macina will remain in jail until his next court hearing in May.