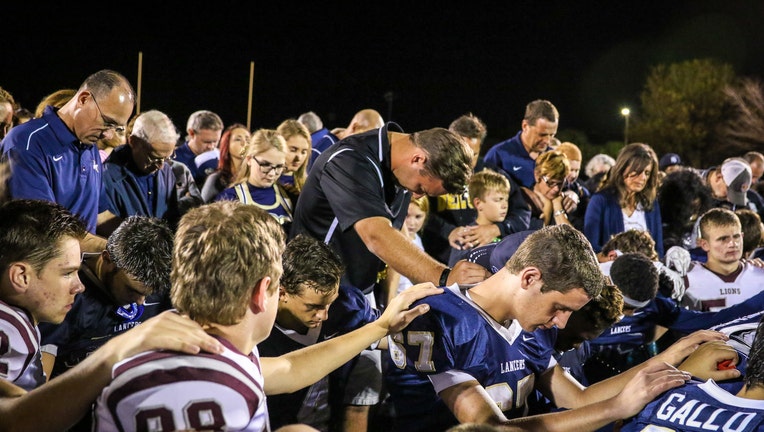 TALLAHASSEE, Fla. - A federal judge heard arguments Tuesday in a more than five-year legal battle over whether the Florida High School Athletic Association violated a Christian school’s free-speech rights by preventing a prayer from being read over a loudspeaker before a football game.

The case stems from the 2015 class 2A state championship game in Orlando’s Camping World Stadium between Cambridge Christian School of Tampa, which filed the lawsuit, and Jacksonville’s University Christian School.

U.S. District Judge Charlene Edwards Honeywell in 2017 dismissed the case, rejecting Cambridge Christian’s arguments that blocking the prayer was a violation of the First Amendment. But in 2019, the 11th U.S. Circuit Court of Appeals overturned Honeywell’s ruling, sending the case back to the Tampa-based district court.

Jesse Panuccio, an attorney representing Cambridge Christian, argued during Tuesday’s hearing before Honeywell that the FHSAA displayed "viewpoint discrimination and arbitrariness" in its decision to block the prayer from being read over the stadium’s public address system.

Part of the Christian school’s argument is that the FHSAA allowed a pre-game prayer over the loudspeaker at a 2012 state championship at the same stadium.

"There are two data points, two times that schools requested to pray at the class 2A championship game. And in 50 percent of them, the FHSAA approved the request. That is arbitrary application," Panuccio said.

The FHSAA, however, said in a motion for summary judgment that it is a "state actor" that hosted the championship game in a publicly owned stadium and that speech over loudspeakers at such events is tightly controlled.

The athletic association contended that speech over loudspeakers at its events is considered "government speech" and that messages or prayers — or "private speech" — could be construed as being endorsed by the FHSAA.

In a motion for summary judgement filed in April, Cambridge Christian’s attorneys argued the athletic association has no written policy prohibiting prayers being read over a loudspeaker. Cambridge Christian also contended that the FHSAA has previously written messages of a religious nature on its various social media accounts.

In addition, Panuccio pointed to the FHSAA allowing "secular invocations" like moments of silence.

"One example is this one, this was following the terrible tragedy at Marjory Stoneman Douglas High School in 2018, after which the association rightly asked the crowd to, quote, ‘Join together in mourning,’ with a 20- to 30-second moment of silent reflection and to provide, quote, ‘positive thoughts.’ The FHSAA did this at every single championship match in every sport in the winter and spring of 2018," Panuccio said.

Judith Mercier, an attorney representing the athletic association, said the tribute to lives lost in the Parkland school shooting was "the FHSAA’s speech" and was different from allowing religious speech from individuals or schools.

"The First Amendment does not prevent the FHSAA from asking people to kind of recognize the horrific tragedy at one of their member schools where a number of people died. The FHSAA isn’t muzzled to be able to say something like that or prevented from saying that unless they opened it up to other people to say what they want," Mercier said.

Honeywell did not give a specific date for when she will issue an order. She said a backlog of criminal cases that were delayed by COVID-19 will push back the release of her order by at least 30 days.