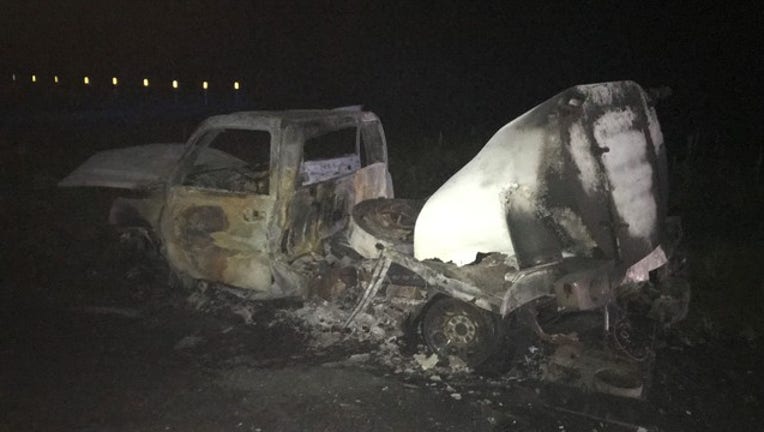 The incident started as an altercation between a man and a woman at a gas station on State Road 54. Deputies said the gas station clerk called 911 after witnessing the altercation.

The suspect in that incident, 54-year-old Michael Blomberg, fled from the gas station when deputies arrived.

Deputies pursued Blomberg's vehicle on State Road 54 before it crashed head-on with another vehicle near Odessa Gardens Lane.

Blomberg was killed in the crash. The driver he crashed into, a 24-year-old man, was seriously injured, FHP said.

No further details regarding the kidnapping have been released.