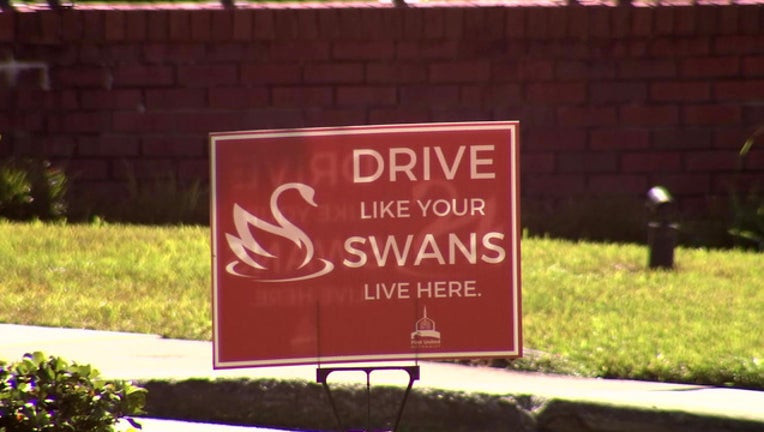 LAKELAND (FOX 13) - The city of Lakeland thinks it has figured out why so many swans have been hit and killed by people driving around Lake Morton recently.

Six swans were hit in a recent three-week period. Five of them died.

Whatever they’re doing, the result is deadly to the swans. The study found that speed is apparently not a factor in the swans’ deaths. It indicates that the average motorist drives 18 miles an hour around the lake, well below the 25-mile-an-hour speed limit.

The city is kicking around several possible solutions, possibly raised crosswalks, which could cost $30,000 or $40,000 each to install. There are other ideas on the table as well.

Cook says the city plans to launch a new website on Tuesday so that members of the public can give their input.