LAKELAND, Fla. - An uninvited guest is prowling the streets and hiding under the sheds of a north Lakeland neighborhood.

On Wednesday, Dustin Hooper of All Creatures Wildlife Control went on the hunt for him. His mission was to find the two-and-a-half foot tegu lizard. If provoked or cornered, tegus can get pretty ornery.

"It’s unlikely that the lizard is just going to run and pounce and attack somebody," Hooper told FOX 13. "The chance of somebody getting bit is when they want to get curious -- ‘I want to see what this is,’ and they get too close. The lizard is not going to have it. The lizard is going to bite. If that happens, you’re probably going to get an infection and get sick."

Karen Hazlett’s dachshund Delilah may have already had a run-in with the foreign invader.

"I noticed that her face was all swollen. She is itching it and her eyes got all puffy, and she just didn’t act right," Hazlett said. 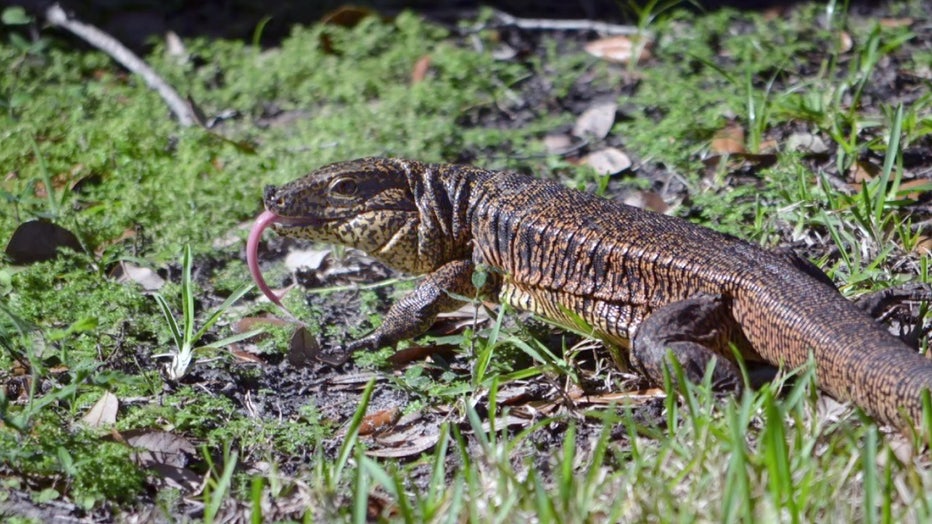 Hazlett ended up taking Delilah to the vet, who prescribed antibiotics.

Tegus are not Florida natives. They are considered an invasive species that have the potential to upset our state’s fragile ecosystem.

Florida Fish and Wildlife spokesperson Melody Kilborn says they compete with native species for food and other resources and can be pretty brazen when they’re hungry.

"They have been known to prey on nests of American alligators and crocodiles," Kilborn explained. 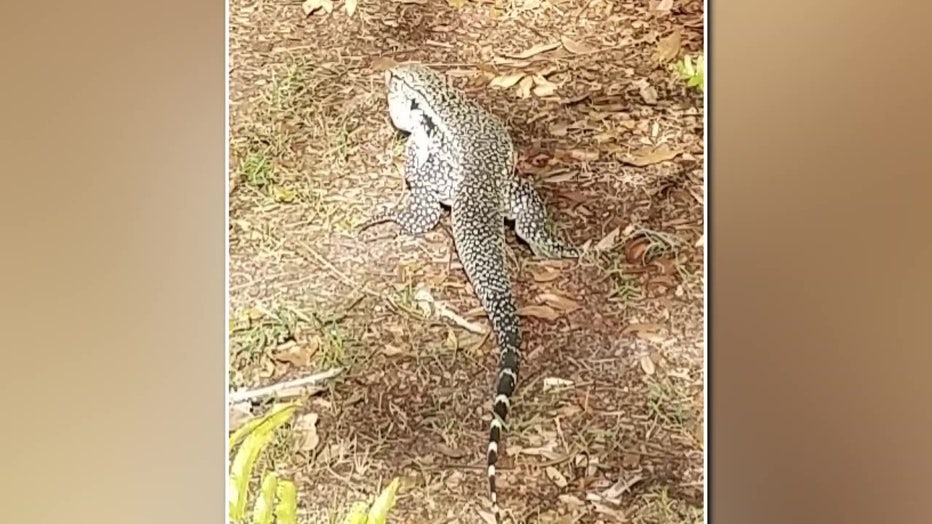 Hooper has set out traps on Swannoa Street where the tegu was last seen. He also scouted the area looking in sheds and under foundations. Nothing so far. But he is determined.

"I am going to catch this lizard one way or another," he promised.

FWC says if you come across a tegu or any exotic wildlife in your neighborhood, call the Exotic Species Hotline at (888) 483-4681.