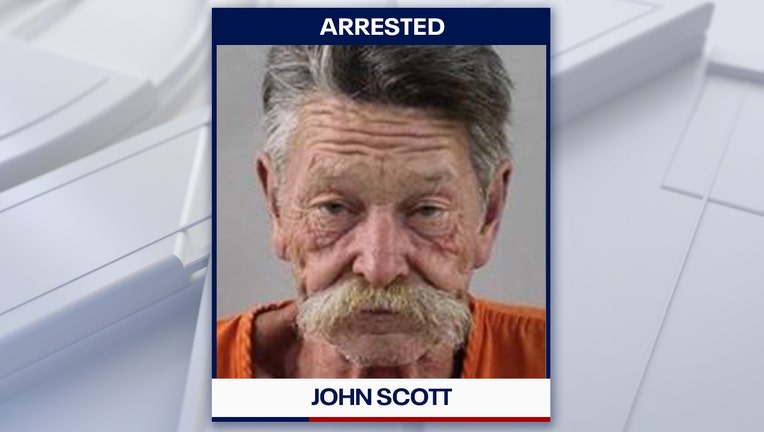 LAKELAND, Fla. - Polk County deputies say they arrested a reckless driver for DUI, adding that he has a history of driving while intoxicated.

On Thursday night, the sheriff's office received a report that led them to 64-year old John Scott. A deputy said he was driving a white Chevy van with its high-beam lights on and not staying within the traffic lane. Officials did not specify where Scott was located, but said they were notified around 9:30 p.m. They said a witness continued to update dispatchers, who were relaying the information to responding deputies.

The deputy initiated a traffic stop and reported Scott's "speech to be slurred, his eyes to be blood-shot and glassy, and a strong odor of an alcoholic beverage coming from his breath and person." According to the sheriff's office, the deputy also had to grab Scott three times when he began to fall backward.

They said he was too unsteady on his feet to perform most of the field sobriety test. According to deputies, Scott told them he left work at 9:30 p.m., went to a friend's house and "only had six beers." Due to his prior DUI arrests, there are restrictions on his driver's license. He is only allowed to drive to and from work.

He was arrested for DUI. While he was being processed at the sheriff's office, deputies said Scott became "belligerent" and refused to provide a breath sample. Officials said he called the deputy a "racially derogatory word."