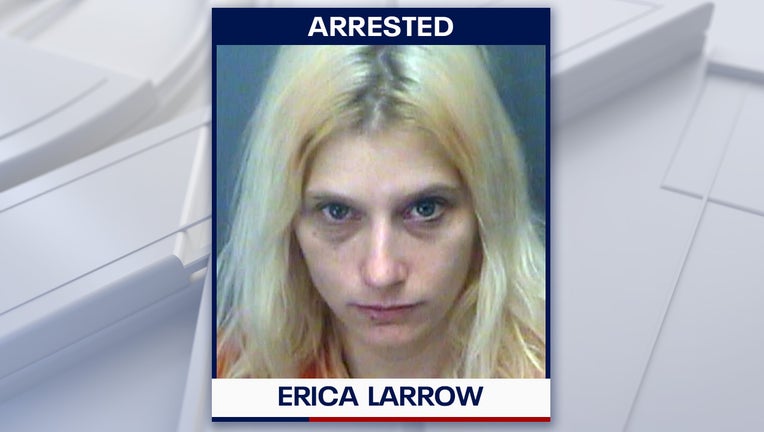 LAKELAND, Fla. - A Lakeland woman is behind bars on 50 felony counts of child pornography after investigators said she created and sold the images online.

The Polk County Sheriff's Office said detectives received a tip regarding 38-year-old Erica Larrow. But when investigators showed up at her home on Griffin Road in Lakeland on Wednesday, they learned she was staying with a friend in St. Petersburg.

Polk detectives and St. Pete police then responded to that residence to speak with Larrow about the allegations.

Larrow admitted to detectives that she took nude photos and video of the child, which she then uploaded and sold online. According to the sheriff's office, she received payment for the child pornography via PayPal and CashApp.

All of her devices were seized and will be examined, and if any additional child pornography images are found, she will face more charges.

"Sexually exploiting children is one of the vilest crimes we deal with in law enforcement," Sheriff Grady Judd said in a statement. "Thanks to a tip and the great work of my detectives, a child victim has been rescued and a sexual deviant is behind bars."