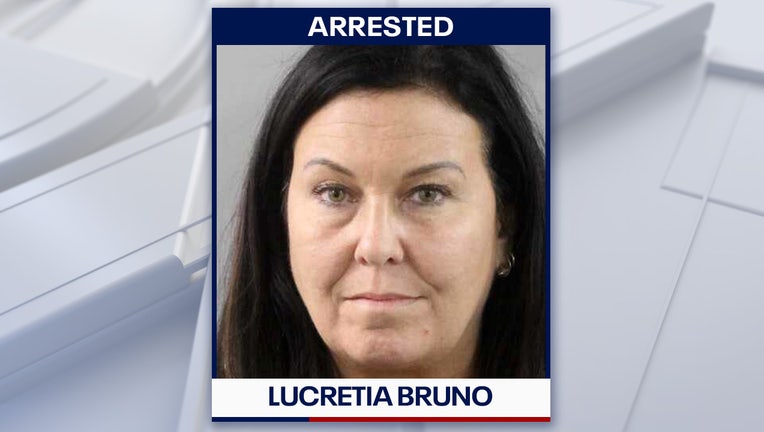 LAKELAND, Fla. - Deputies in Polk County say a school secretary from Lakeland was drunk when she crashed into two vehicles along Interstate 4 on Wednesday, killing a Pasco County man.

According to the sheriff’s office, it was around 8:45 p.m. when a pickup truck and car pulled off to the side of westbound I-4 after getting into a minor crash not far from Kathleen Road. The drivers had already exchanged information and were preparing to pull out when a white Ford Fusion began swerving toward them.

Investigators say Lucretia Bruno was behind the wheel of a Ford Fusion that had already been seen "driving erratically and drifting." She drifted onto the shoulder and slammed into the stopped pickup truck then into the stopped car before spinning out.

The driver of the truck, identified only as a Holiday man, was killed.

Deputies say witnesses saw Bruno stumble from her car after the crash and steady herself by holding on to her vehicle’s trunk. She allegedly told investigators that she was on her way home from a bar where she’d had five or six beers. 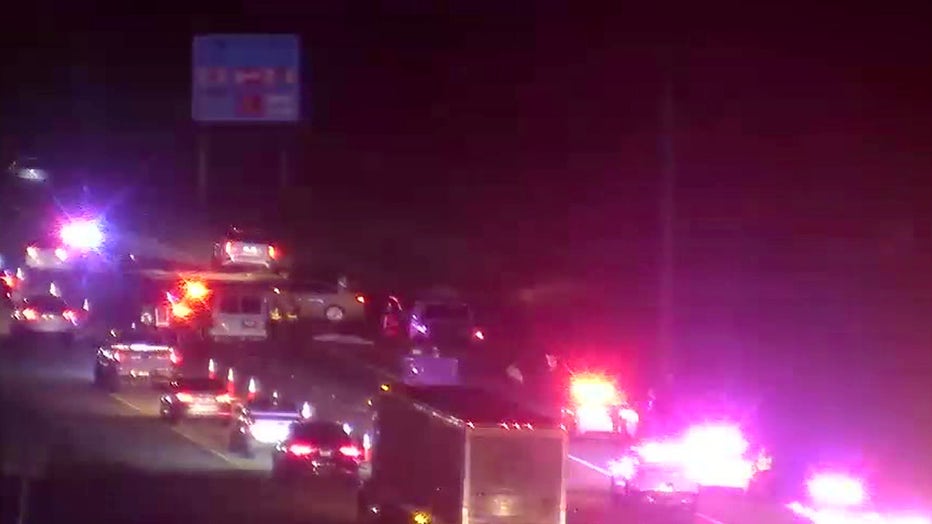 The crash scene, seen from an FDOT camera.

Results are still pending on her blood-alcohol test, but deputies charged the 46-year-old with DUI manslaughter.

According to the sheriff’s office, she works as a secretary at Padgett Elementary School.

"A family has lost a loved one because of this woman decided to get behind the wheel of a car after consuming five or more beers," Sheriff Grady Judd said in a press release about the arrest. "There are so many alternative options available, from calling a friend or family member to using a ride-sharing application. Please, this holiday season, and throughout the year, don’t drink and drive."