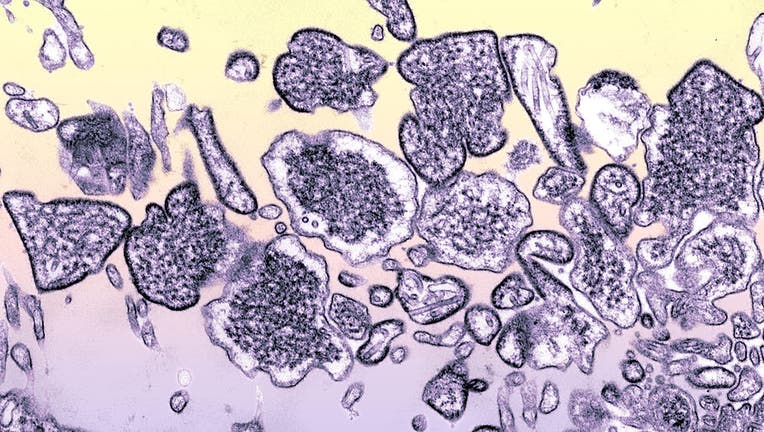 FILE - Nipah virus, which is also from the Paramyxoviridae family and the genus Henipavirus, is pictured. (Photo By BSIP/UIG Via Getty Images)

An international team of scientists is monitoring a new virus that has infected at least 35 people in eastern China and is thought to have potentially emerged in shrews and passed on to humans.

The virus, called Langya henipavirus (LayV), was reported in patients in the Shandong and Henan provinces of China and symptoms included fever and fatigue, as well as some reporting coughing, nausea, headache, and vomiting. The discovery was highlighted in a letter by researchers from China, Singapore, and Australia, published on Aug. 4 in the New England Journal of Medicine.

There have been no deaths or serious illnesses reported in cases of Langya henipavirus, so there is "no need to panic," Wang Linfa, an emerging infectious disease professor at Duke-NUS Medical School and one of the researchers involved in the study, told China’s state-run, English-language newspaper Global Times.

However, Linfa added that there is still a cause for alert as many related viruses have unpredictable results when they infect humans, according to the newspaper.

Scientists tested 25 species of small animals and the LayV virus was detected in 27% of wild shrews. They said this suggests that shrews may be a "natural reservoir" for LayV. About 5% of dogs and 2% of goats also tested positive for it. 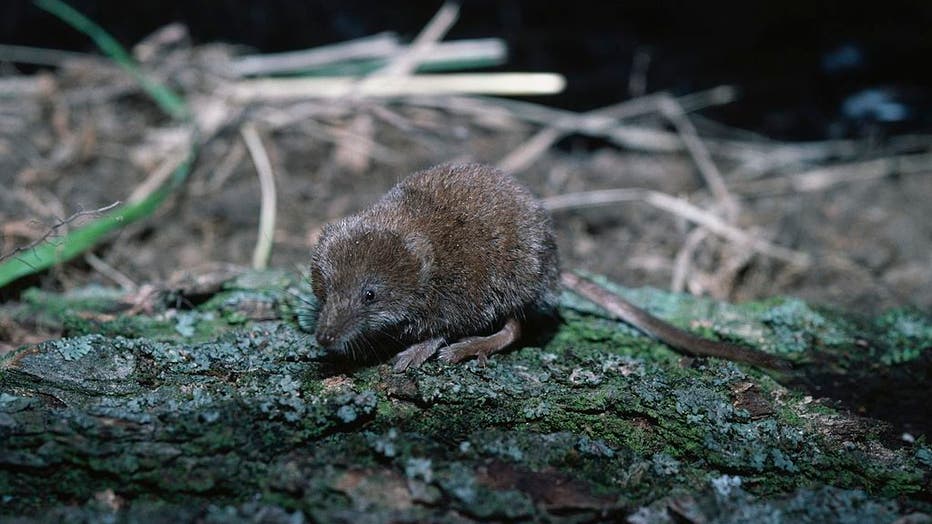 FILE - A wild shrew is pictured. (Photo by DeAgostini/Getty Images)

There was no close contact or common exposure history among the patients, which suggests that "the infection in the human population may be sporadic," the scientists wrote.

But they added that the sample size of patients was too small to fully rule out human-to-human transmission.

What is the Langya virus?

The researchers said LayV is part of a family of henipaviruses, a category of zoonotic viruses that can spread between animals and people. Specifically, LayV is most closely related to the Mojiang henipavirus, which was discovered in 2012 in southern China and linked to the deaths of three miners, according to researchers.

At a press briefing on Sunday, Taiwan’s Centers for Disease Control said it would develop a standardized procedure for laboratories to conduct genome sequencing and strengthen surveillance of the novel virus.

In general, zoonotic diseases are very common. Scientists estimate that three out of every four new or emerging infectious diseases in people come from animals, according to the U.S. Centers for Disease Control and Prevention.

The United Nations has sounded the alarm on zoonotic diseases, warning in a 2020 report that more viruses will pass from animals to humans as habitats are impacted by wildlife exploitation, unsustainable farming practices, and the climate crisis.

History of the CDC

From malaria to the COVID-19 pandemic, here is a look at the CDC's history and the health of the United States.

Francois Balloux, director of the Genetics Institute at University College London, said that based on current research, LayV is unlikely to develop into what the world experienced with COVID-19.

"At this stage, LayV doesn't look like a repeat of Covid-19 at all," Balloux wrote on Twitter. "But it is yet another reminder of the looming threat caused by the many pathogens circulating in populations of wild and domestic animals that have the potential to infect humans."