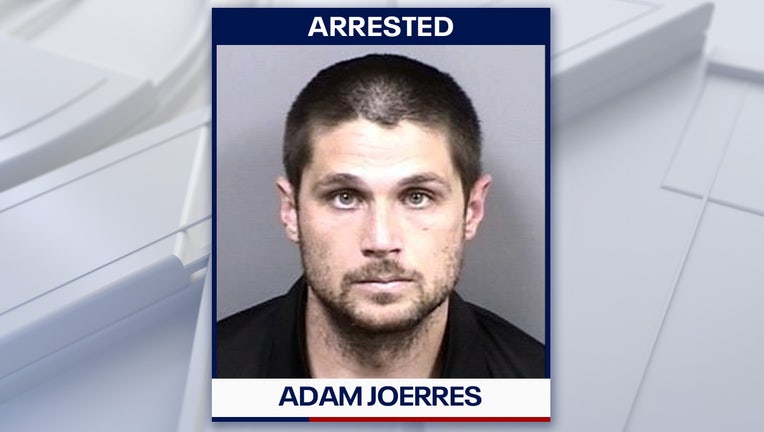 School officials say they learned of allegations against Adam Joerres late Friday evening and contacted investigators. Deputies say they found evidence showing the 33-year-old had been engaging in "conversations of a sexual nature" with a student for the past several months.

When questioned Monday morning, Joerres allegedly confirmed the allegations. He was arrested for solicitation of sexual conduct from a student by an authority figure.

"Very few professions are as trusted with nurturing our children as teachers are.  Unfortunately, in his official capacity, Joerres abused our community's trust in him," said Sheriff Mike Prendergast.

According to school staff, Joerres taught math at Lecanto High on and off from 2016 to 2018, then full-time starting last November. They say he also coached the Lady Panthers flag football team.

Joerres resigned after his arrest and was being held on a $10,000 bond.