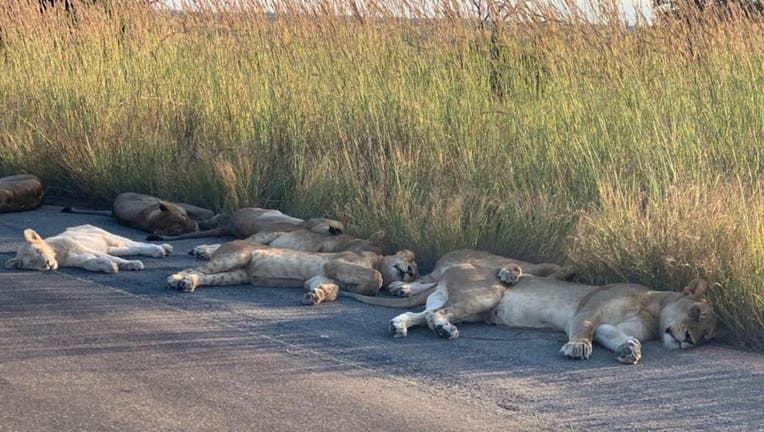 A pride of lions has been caught on camera napping on a road in South Africa during the country’s coronavirus lockdown.

“This lion pride are usually resident on Kempiana Contractual Park, an area Kruger tourists do not see,” Kruger National Park tweeted on Monday. “This afternoon they were lying on the tar road just outside of Orpen Rest Camp.” 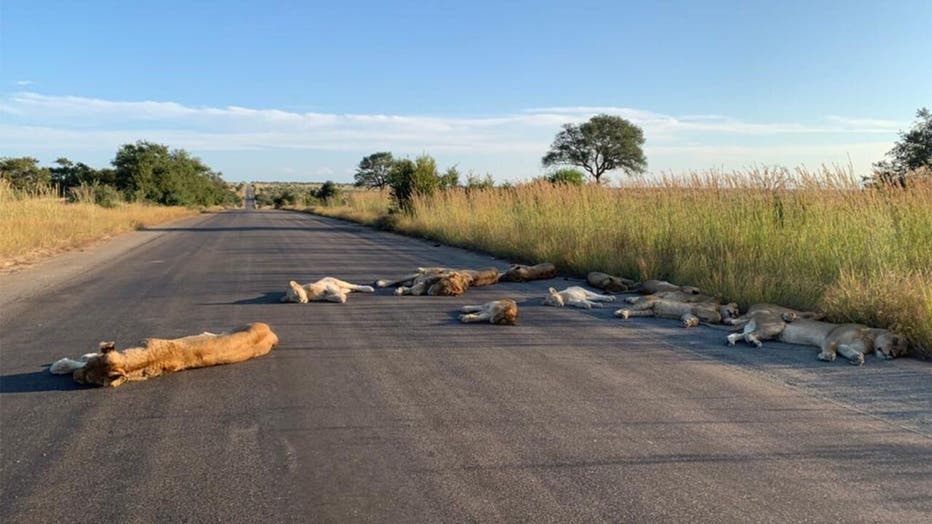 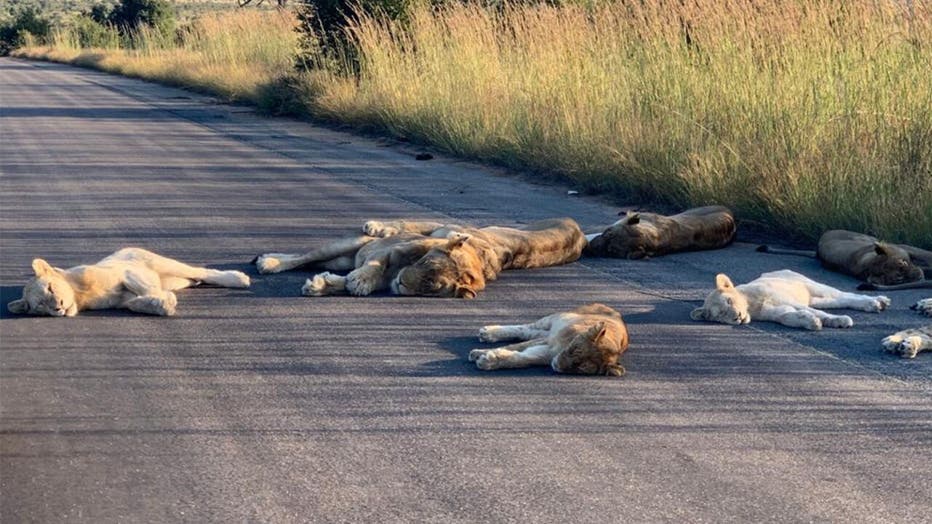 Kruger National Park spans almost 2 million hectares of northeastern South Africa and is home to a vast array of wildlife, including what is known as the “Big Five”--buffalo, elephant, leopard, lion and rhino.

A popular safari destination, the game reserve was founded in 1898.

A survey conducted in 2005 and 2006 reported that Kruger National Park was home to an estimated 1,600 lions, according to its website.

Earlier this year a baboon in Kruger National Park went viral after it stole and then groomed a lion cub.

As of Thursday afternoon, more than 2.1 million coronavirus cases have been diagnosed worldwide, at least 2,605 of which are in South Africa. The disease has accounted for at least 141,454 deaths around the world, including at least 48 people in South Africa.