LAND O' LAKES, Fla. - More than 1,300 Pop Warner cheer teams from across the country competed for the national title in several divisions in Florida the first week of December. The South Pasco Predators won the title, but did something far beyond good sportsmanship after hearing the tragic story of a competing team.

A fellow cheerleader named Jaidyn, who was part of the Manchester Red Hawks in Connecticut, was killed in a car crash days before the competition.

"We could never imagine that being one of our kids," said Kaitlin Eby, a coach for the South Pasco Predators. "We spend so much time with them throughout the season and they really do become family, so for them to go through that, we just couldn’t imagine."

During their performance, the Manchester Red Hawks honored their fallen teammate with signs and mementos. They came in 5th in the competition, but they were proud of their own strength. 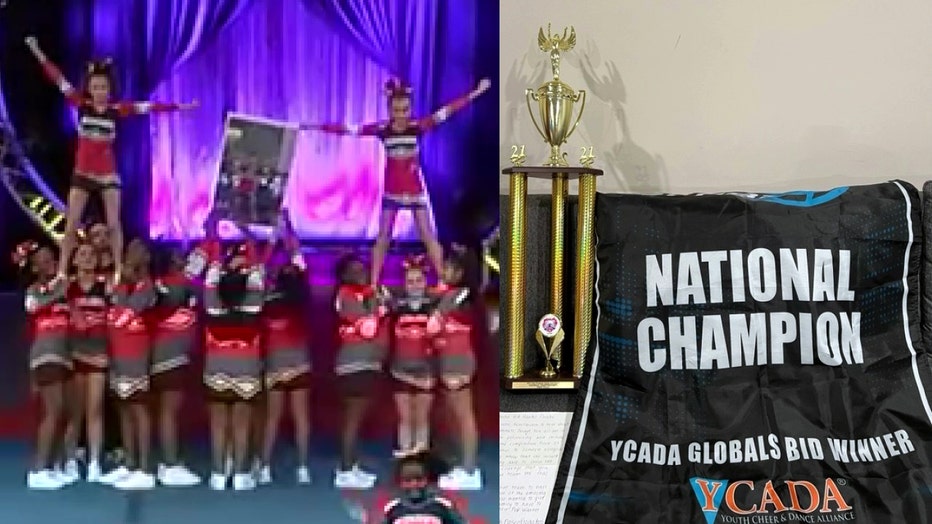 "It was just really amazing to see their bravery and their strength, they held up a picture of Jaidyn in all of the parts, I heard their coaches talk about how much she loved flying and being in the air, they didn’t change the routine at all, they kept it how it was for the rest of the season and just held up a picture to honor her, and it was heartbreaking and amazing all at the same time," coach Eby said.

After watching the Manchester Red Hawks perform their routine, the South Pasco Predators reached out to the coach to ask if they could send something to Connecticut.

"I’m just thinking they’re going to send us like, a card, other teams created different things to honor Jaidyn that day for competition, like certain teams wore bows, other teams wore ribbons and shoelaces," said Tanya Pabe, the cheer director for the Manchester Red Hawks. 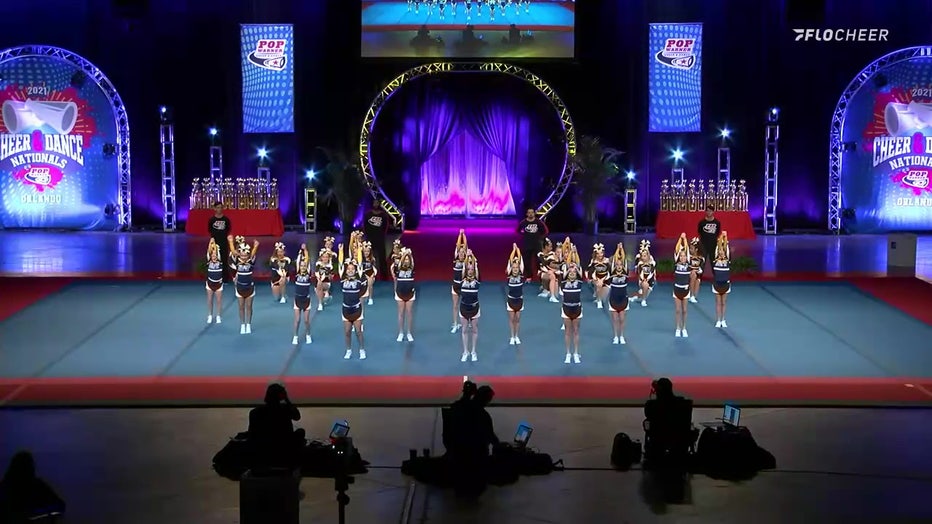 When Pabe opened the large FedEx box, the trophy was inside.

The South Pasco Predators sent the Manchester Red Hawks their trophy, a heartfelt letter, and their medals to honor Jaidyn.

The medals were presented to Jaidyn’s mother during her funeral.