Locksmith ambushed on work call and gunned down during robbery

Eli is expected to make a full recovery but it will be months before he can work again. He is the sole provider for his family, with his second child due in October.

DETROIT (FOX 2) - A metro Detroit locksmith on a routine work call was ambushed at a job site by robbers who opened fire, shooting him twice.

"Earlier that day I was at the park with my daughter, she was having so much fun the baby was kicking, I was feeling so grateful that our life was good," said Marisa Monkman.

It was Wednesday night when her husband Eli responded to a call from a woman saying she needed a key made for her car.

"When he got there, a woman came out of the house and told him that the car was around back of the house - when he walked back and caught a glimpse of a man wearing a ski mask holding two guns," Monkman said.

It happened in the 14000 block of Sorrento on Detroit’s west side. Eli turned to run, but the suspect shot him and demanded he turn over all his valuables including all of his expensive locksmith equipment

He did what he was told but in his mind, he was going to do whatever he could to survive.

"He just thought to run, to get away, to stay alive, then after he was shot both times and on the ground," she said. "He thought the guy was going to finish him off, but for whatever reason, he didn’t."

As the young father lay on the ground, cars drove by slowly with their lights off. He feared he would be shot again, but then - a miracle as a stranger appeared.

"Amidst something really happening there was some really good," she said. "(They) came out after they heard gunshots and stood over my husband and protected him until police arrived.

"That person made him feel safe in the worst moment of his life and I’m so grateful that he did that, so grateful."

Eli is expected to make a full recovery but it will be months before he can work again. He is the sole provider for his family, with his second child due in October.

Marisa’s sister set up a GoFundMe page— in hopes of raising funds to help the family. She is worried about finances but she’s also worried about her husband’s emotional well-being.

"How do you move on from someone trying to kill you? Someone shooting you and chasing you with guns?" she said.

Police have two people in custody and confiscated four weapons. A similar incident happened a week prior, with a different locksmith.

If you would like to donate you will find the GoFundMe page HERE. 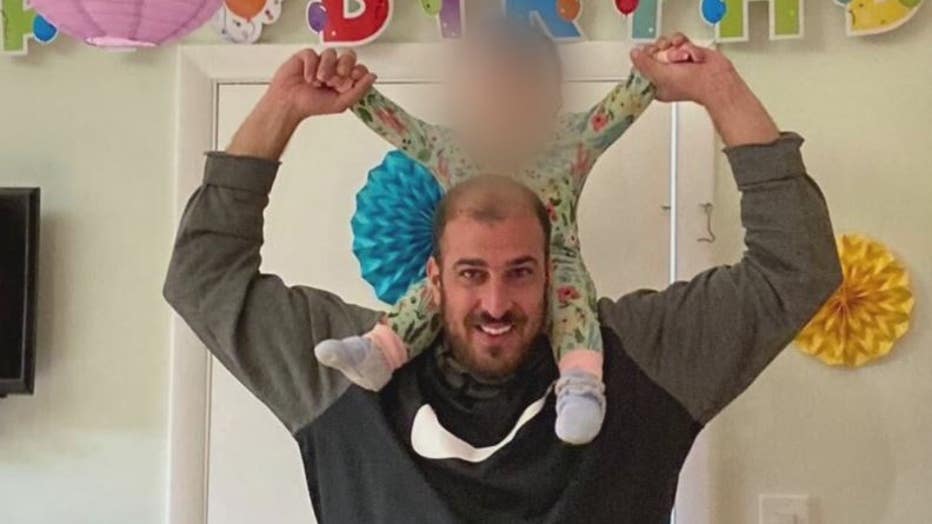 Marisa Monkman's husband Eli was robbed and shot in an ambush.