Teaching is a passion for this 30-year coach

DUNEDIN, Fla. - Coaching is in Vince Ionata’s blood. He’s been a fixture for over 30 years at Greater Dunedin Little League.

"Once it gets in your blood, it stays there," he said.  "There has been a couple of times when I took a year or two off and it keeps pulling you back and so once it's in you, it's in you."

Ionata started volunteering when his oldest daughter was 5.

"Got her going in T-ball and of course I volunteered and I fell in love with that and just kept going, and my second daughter, and then a stepson."

He says it's the purity of the game that brings him back to the diamond.

"Here it's the innocence of playing baseball. Whether you win or lose, kids have forgotten five minutes afterwards, and they're having fun." 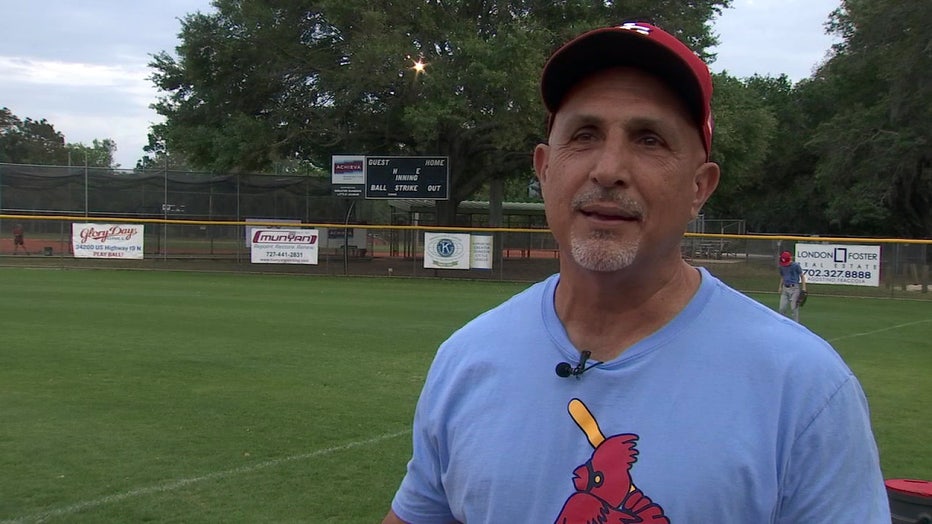 The 63-year-old facilities manager at Achieva Credit Union still enjoys it, too.

"I love it. It's the kids and it's our community. So, it's always been Little League."

"He's so good at what he is doing and I love him," offered 12-year-old Cole Craven, who has played for Coach Ionata for three years. "He's my favorite."