SARASOTA, Fla. - Phil Pagano has been popping corn kernels in his food wagon at local events in the area for 12 years. He’s the "Phil" behind Uncle Phil’s Organic Popcorn in Sarasota.

One local event at a Whole Foods in 2011 changed the future of the company. An employee gave him some organic popcorn to sell.

"People came up to me and were so happy that I was selling organic popcorn that a light went off," Phil recalled.

From then on, he became an advocate of non-GMO, organic popcorn.

"For some reason, the organic popcorn tastes a lot more like it did when we were younger," he said.

Phil makes four different flavors of popcorn: plain, kettle corn, cinnamon, and maple sugar – the last being the most popular.

"People want a sample, and they go right to the maple sugar," he said. 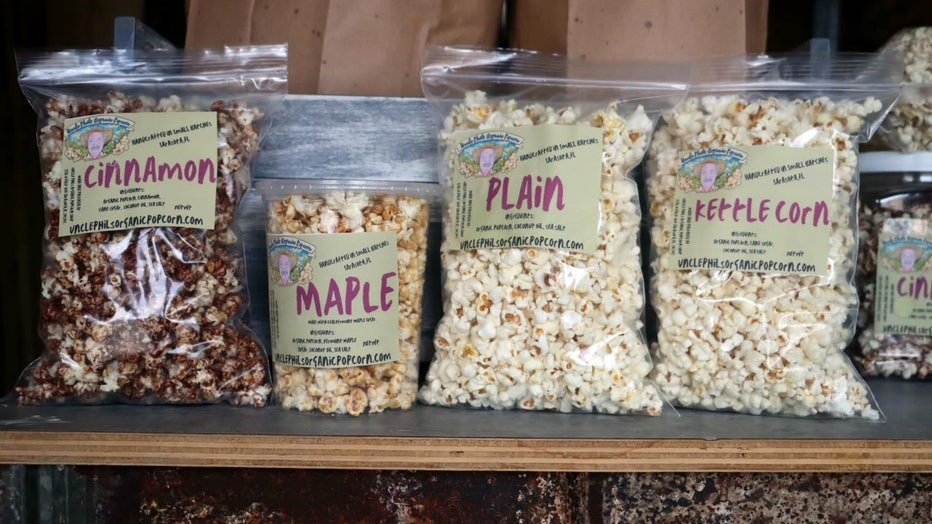 Phil gets the maple sugar from a friend in Vermont.

All of his popcorn is made with coconut oil.

LINK: You can learn more at www.unclephilsorganicpopcorn.com