Monday in court, Johnson mounted his defense and denied the charges against him. However, defending himself means he was allowed to question the alleged victim, making for some tense moments in the courtroom.

"My name is Reco Johnson, how are you doing? Good morning," Johnson said to the courtroom, adding an apology to the jurors. "I'm sorry for the inconvenience of the situation."

He delivered a sometimes-rambling opening statement before the prosecution took its turn to tell the court what happened.

Prosecutor Cristina Castillo said in April of 2019, Johnson attacked the teenager in her bedroom while her mother was at work. 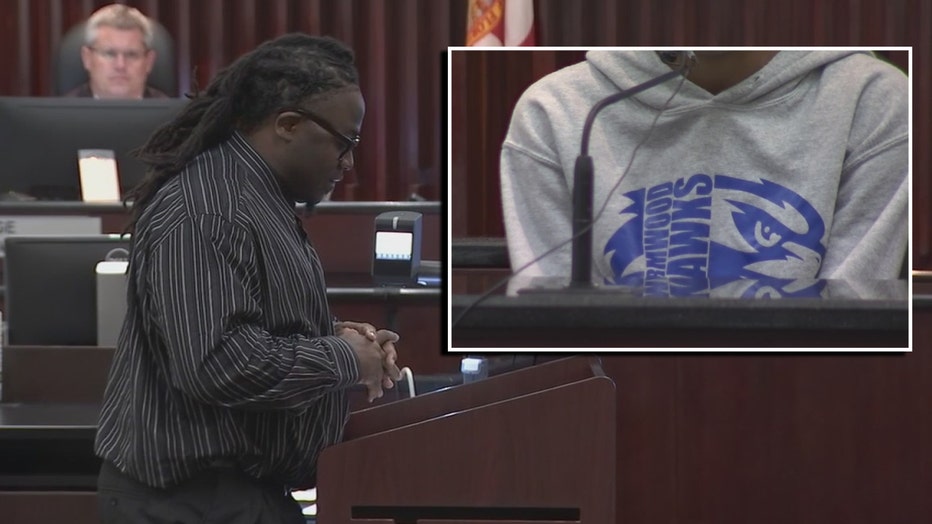 The alleged victim also told the jury what happened.

"The rape lasted around three or four minutes," she recalled in a soft voice.

When her accused rapist began questioning her on the stand, the girl explained how she ran to a neighbor for help.

"I was crying to her and telling her how you just raped me," she testified.

The cross-examination went on for nearly an hour.

Johnson: "When you said I came into your room and you had your phone in your hand, did you have an opportunity at any time to call police, record it or call your mom?"

Alleged victim: "No, I was too busy telling you to stop and pushing your hands off me."

Prosecutors say they plan to present DNA evidence that points to Johnson.

The jury is expected to deliberate Tuesday.