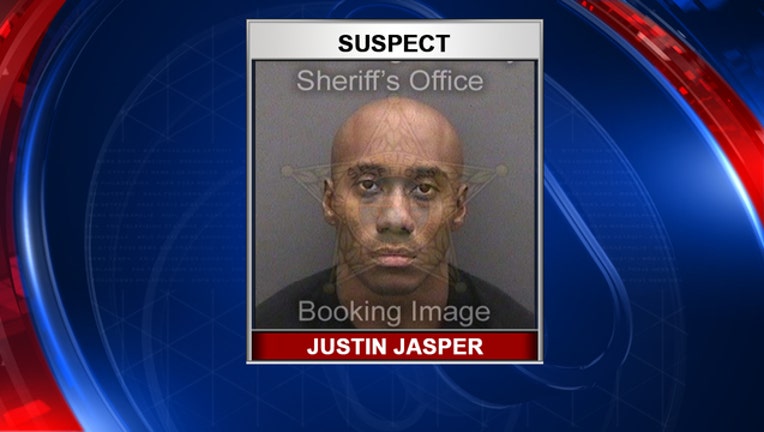 TAMPA, Fla. (FOX 13) - Tampa police detectives said it started with a punch, and ended in death.

Justin Jasper, 32, is charged with manslaughter in the death of 25-year-old Dyonte Neal.

Police said Jasper was seen on video punching the victim, and it appeared he was unprovoked.

Jasper made first appearance in Hillsborough County Saturday morning, where a judge set bond at $250,000.

"We're happy there is a bond. we'd like to see it lowered, we don't believe he's a real flight risk or danger," said Jasper's attorney, Jay A. Herbert, "This is just a tragic situation."

Police said an argument between the victim and another man happened on 7th Avenue near the Coyote Ugly Bar on Thursday September 26th.

According to investigators, the victim appeared to be attempting to avoid the argument with the unknown man when Jasper enters the frame, delivers the punch, and exits the frame shortly after.

"The video is always... probably the most important thing," Herbert explained, "We kinda of have to wait and see what the video reveals and as I understand there are several videos."

After the punch, Neal's head hit the sidewalk and he was rushed to the hospital. Police said he died six days later.

Neal's family is currently working on getting his body transported to Georgia so he can be laid to rest at home surrounded by family.