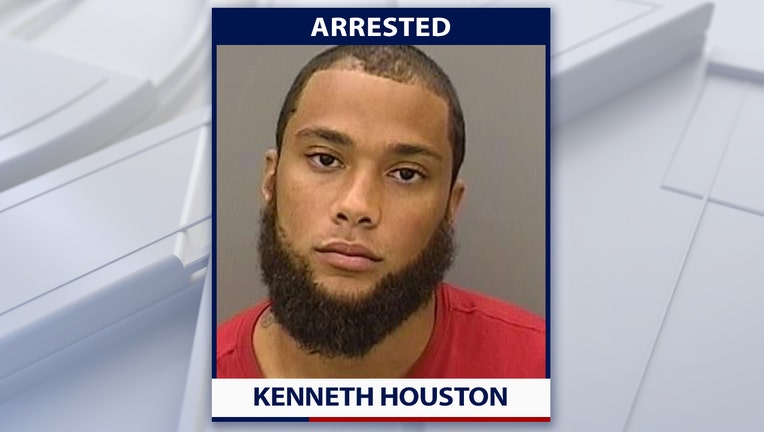 CLEARWATER, Fla. - Kenneth Houston, 25, has been charged with felony culpable negligence after a three-year-old child got a hold of Houston’s gun and shot himself, according to the Clearwater Police Department.

The shooting happened shortly after 3:30 p.m. on Sunday at the Creekside Apartments located at 1280 Druid Road.

Police say Houston had been living at the residence for a short time and brought a gun to the apartment about a week before the shooting.

According to CPD, the child’s father told Houston to get rid of the weapon, but he didn’t. Police say the child subsequently located the firearm and shot himself. The boy was taken to All Children’s Hospital for a gunshot wound to his shoulder and was treated and released.

Police say Houston fled the apartment immediately after the shooting and took the gun with him. He was arrested Thursday in Hillsborough County and was extradited to Pinellas County.

The gun has not yet been located.