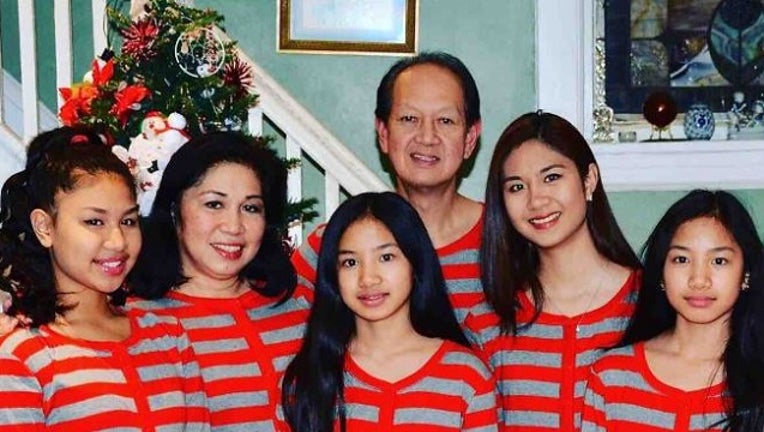 Audie Trinidad and his four daughters were killed in a crash on Friday in Townsend, Delaware. His wife, Mary Rose, survived the accident but was seriously injured. (GoFundMe)

WILMINGTON, Del. (AP) — A Maryland man involved in a Delaware collision that killed five members of a New Jersey family has been sentenced to one year of probation.

The judge gave the 46-year-old Hubbard the maximum combined sentence of 14 years but suspended the prison time for a year of probation. Prosecutors sought a six-month sentence.

Hubbard was initially charged with five counts of second-degree vehicular homicide, three counts of vehicular assault and other offenses.

Authorities said Hubbard operated his pickup truck in a criminally negligent manner when it crossed the median and was hit by the family's minivan in July 2018.

The family was returning from a trip to Ocean City, Maryland. Mary Rose Ballocanag survived, but her husband, Audie Trinidad of Teaneck, New Jersey, and their four daughters died in the crash.