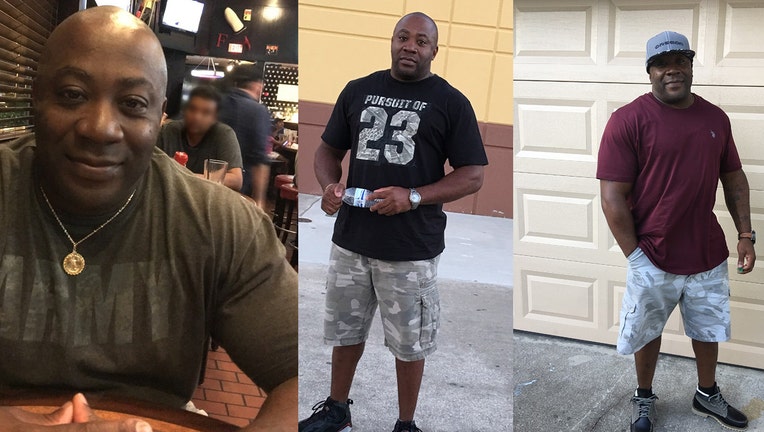 VOLUSIA COUNTY, Fla. - The Volusia County Sheriff's Office is searching for a man they say stole an engagement ring and wedding bands from his girlfriend in Orange City and used them to propose to his other girlfriend in Orlando.

Deputies say Joseph L. Davis, 48, went by "Joe Brown" with one girlfriend and "Marcus Brown" with the other. He is now wanted on a felony charge of grand theft.

MORE NEWS: Woman gifts Publix cashier $600 after he paid for her groceries

Deputies say the Orange City woman came to them after finding out Davis was engaged to another woman and discovering that he had stolen rings from her that belonged to her grandmother.

"When she looked up the fiancée’s Facebook page, she noticed a photo of her wearing a wedding band and engagement ring that was identical to her own, from a prior marriage. When she went to check her jewelry box, she discovered her rings were missing," they said.

The woman contacted the fiancee and got some of her stuff back. That is when they both reportedly dumped him and worked together with detectives.

"The Orlando fiancée described how 'Brown' had fooled her, too – even taking her to the Orange City girlfriend’s house while she was at work, claiming the house was his, and asking her to move in with him," the sheriff's office said. "She told detectives she packed up her apartment, disassembled her furniture, and was ready to move until one day, he told her the deal fell through."

MORE NEWS: Gov. DeSantis on travel restrictions to Florida: 'We will oppose it 100%'

The fiancée also reported a laptop and jewelry were missing from her apartment after 'Brown' moved out and disappeared.

Davis reportedly has a record as a convicted felon out of Oregon and North Carolina, according to the Sheriff's Office.

"And has an active arrest warrant out of Oregon for a hit and run crash with injuries. His prior arrests include possession of fictitious ID, filing a false police report, domestic assault and possession of cocaine with intent to sell," they added.

In one of his out-of-state booking records from 2014, the jail listed a tattoo described as a cross with "Only God can judge me" on his left arm – identical to the tattoo both victims described him having.

Get breaking news alerts in the FOX 35 News App. Download for iOS or Android

Anyone with information about Davis’ whereabouts is asked to contact the Volusia Sheriff’s Office at 386-668-3830 and ask for Detective Wheeler. If you want to remain anonymous and qualify for a potential cash reward, you can contact Crime Stoppers of Northeast Florida at 888-277-TIPS.