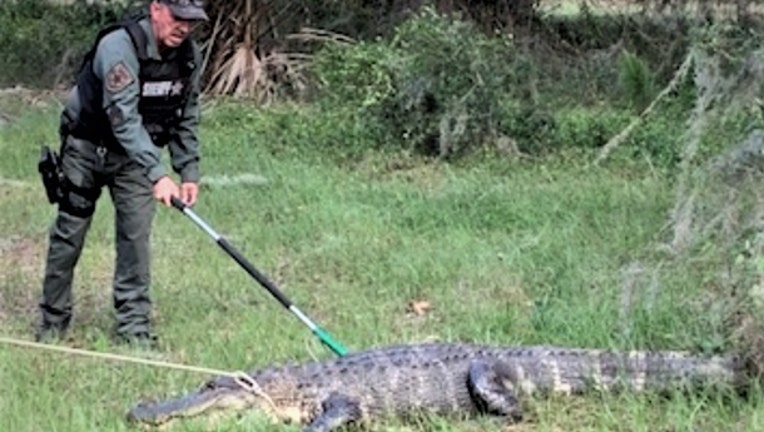 BRADENTON, Fla. - Around this time of year, Floridians don't just have to worry about aggressive drivers on the road — they should be on the lookout for aggressive alligators, too, according to officials who on Friday had to remove a 9-foot (2.8-meter) gator from a county road.

The Manatee County Sheriff’s Office warned motorists that it’s that time of year when alligators, um, fall in love but might not always be so affectionate.

“It’s gator mating season. This means they could be more mobile and aggressive than usual,” the sheriff’s office wrote in a Facebook post.

A male gator measuring 9 feet, 2 inches (2.8 meters) had to be removed from a roadway after it was spotted “being aggressive with traffic.” Sheriff’s deputies captured the reptile and relocated him to an alligator farm.

-Never feed or harass alligators
-Do not interfere with any wildlife. Handling of any wildlife should only be done by properly trained and permitted persons.
-To report nuisance alligators call: 866-FWC-GATOR (866-392-4286)

Wildlife officials say mating season in Florida begins in early April and could continue into June.