PARRISH, Fla. - Parrish Community High School theater students want to know why their winter performance was postponed due to a rise in COVID-19 cases, but other activities were allowed to carry on.

Students in the drama club say they were notified Tuesday morning by the Manatee County school district that their performance that same night would be postponed.

"I just got this text message that said it's canceled and a bunch of texts and everyone was freaking out because of this mandate. And then as the day went on, we realized that the basketball team and the wrestling team still get to do their games," freshman Zoey Bell said.

According to a post on the district’s website, the COVID-19 positivity rate in Manatee County was over 30%, which is the highest rate registered since the pandemic began. 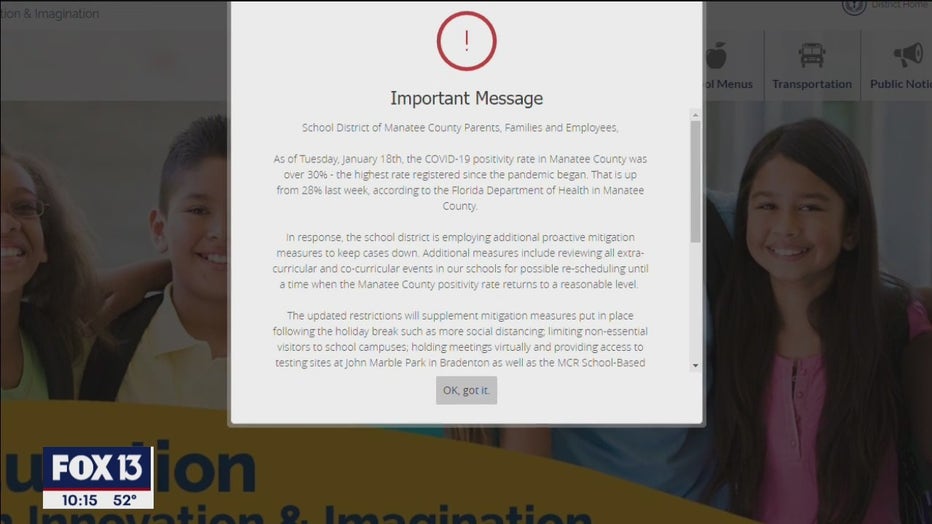 "In response, the school district is employing additional proactive mitigation measures to keep cases down. Additional measures include reviewing all extra-curricular and co-curricular events in our schools for possible re-scheduling until a time when the Manatee County positivity rate returns to a reasonable level."

The district's website says, because the Florida High School Athletics Association (FHSAA) has not canceled or postponed winter sports activities, games would be allowed to proceed.

Theater students say the double-standard is unfair, after they spent months practicing for Tuesday’s performance and took safety precautions to ensure it went on as planned. 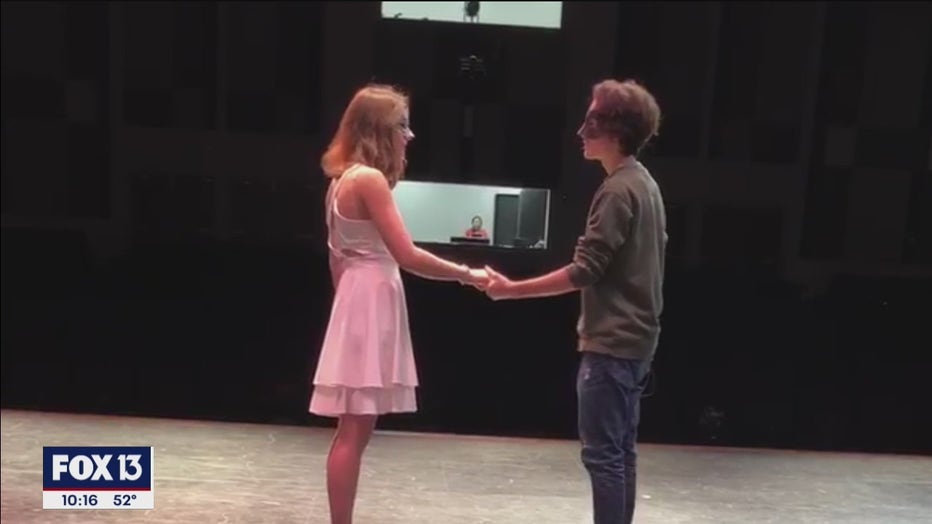 "We spent money, we spent time outside of school trying to learn our lines, learn our cues. We've mixed our schedules around, trying to make our rehearsals work for everybody and for it to be canceled on such short notice literally today getting to school," freshman Madison Schaefer said.

The school says the goal is for the show to happen next month. Officials said they would announce a new date later this week. All purchased tickets will still be honored.