ST. PETERSBURG, Fla. - During sea turtle nesting season, signs, stakes and tape block off nests, but Hurricane Elsa blew away that protection. Now, aquarium workers are checking on nesting areas and redoing some of their work to protect the animals.

"Whether it be the actual storm surge, the wave action, the rain that comes, all of these things water is not good for these little baby sea turtles who are incubating in a nest trying to stay warm," explained Kelly Martin, the director of animal care at Clearwater Marine Aquarium.

Martin said the aquarium cares for sea turtles along 21 miles of beaches.

"Right now we have over 200 nests that were marked and flagged. I would say that due to our storm events, we’ve actually, unfortunately, had about three-quarters of these nests being impacted in some way," said Martin.

Crews are redoing that work and updating their data, so the baby sea turtles can hatch safely. 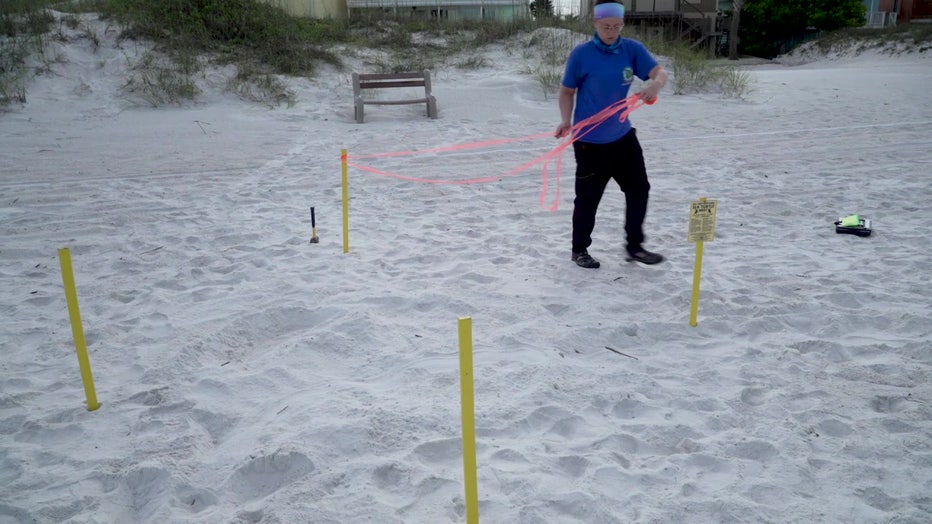 "People might not know that they’re walking on top of or digging right into a potential federally protected area," said Martin.

She said Pinellas County is one of two places in the world where loggerhead sea turtles nest.

"The other being in Oman and unfortunately in Oman we’re starting to see populations or research is starting to show population decline, which makes our beaches even more important," said Martin. 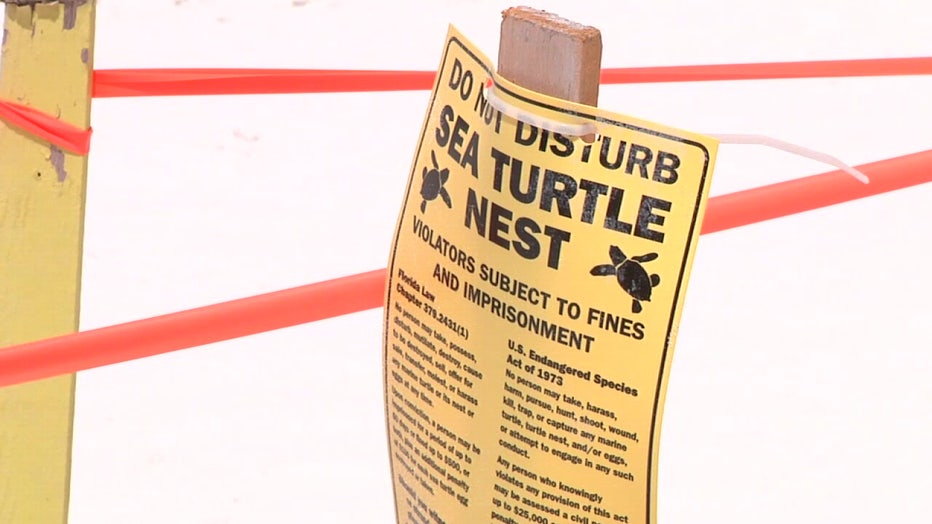 "Give us a call. That’s our job. That’s what we’re trained for, and we’ll be able to assist," said Martin.

Clearwater Marine Aquarium said sea turtles can lay eggs anywhere from right by the water to as far up as the sand dunes. So, workers said watch where you step at the beach.