The Clearwater Marine Aquarium held its annual Sea Turtle Nesting Awareness Day to help educate beachgoers about sea turtles and their nests ahead of nesting season which begins on May 1.

TAMPA, Fla. - Sea turtles are part of the Sunshine State’s identity and, more importantly, the ecosystem. Every year, there is one day dedicated to all the sea turtles in the world and conservation efforts to maintain their populations, but wildlife officials say residents should be mindful of the species year-round.

This year, World Sea Turtle Day falls on June 16, 2021. On Wednesday morning, the Florida Fish and Wildlife Conservation Commission wanted to not only remind Floridians of the day, but also that it is sea turtle nesting season along the beaches. 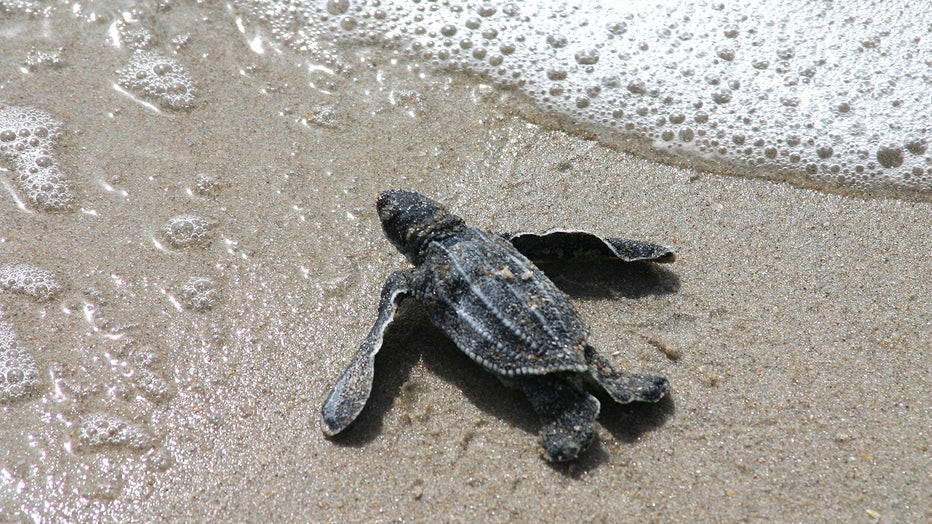 Nesting season in Florida runs from May through October. Along beaches, visitors may notice certain areas that are marked off in the sand.

"It’s important for people to recognize how we mark our nests. What you’re going to see when you come to the beach is a roped-off area with yellow stakes and some signs that clearly state not to disturb the nests," said Yvette Fernandez, the senior sea turtle biologist with Clearwater Marine Aquarium. "The reason for that is because we want to leave enough space for them to do what they have to do as they incubate under that sand."

When it comes to beachfront lighting, it’s important to make sure those lights don’t attract baby turtles away from the sea. FWC says there are three "golden rules" when it comes to the lighting:

It takes everyone doing their part to keep these hatchlings safe. No matter how cute they might be, if you see a hatchling on the beach, Fernandez advised not to touch the turtle but to instead call FWC at *FWC or #FWC, or send a text to Tip@MyFWC.com.

This weekend marks the start of sea turtle nesting season along the beaches in the Sunshine State.