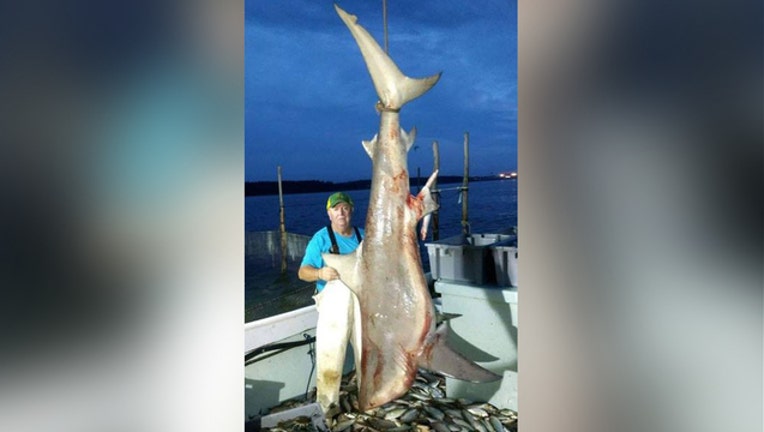 CEDAR POINT, Md. - A Maryland fisherman says he accidentally made one of the biggest catches of his career.

Larry Pawley posed for a photo with the 310-pound bull shark before releasing it back into the ocean.

The shark, which measured over eight feet long, was caught Monday, August 13, in the Chesapeake Bay, off Cedar Point, in St. Mary's County.

Pawley says the shark swam into a trap he had out.

Bull sharks are known to be aggressive predators who consume fish, sharks, and rays in shallow waters.

Under Maryland law, Pawley could have kept the shark but he said the bull shark is not worth it, at about 50 cents a pound.