TAMPA, Fla. - The Tampa Bay Rays continue scouting both sides of the bay and beyond for a potential new home base. Their focus is still on a split-city plan, but many want to know from where the money for a new stadium will come – and whether a bidding war between cities could be on the horizon.

This week, Tampa Mayor Jane Castor met with the team's owner. Then she sat down with FOX 13 News to talk about the potential for baseball in Tampa.

Castor described her 90-minute meeting with Rays owner Stu Sternberg Tuesday as an "update." It was their first face-to-face meeting in a couple of years.

"You know, just to remind of their commitment to this area," Castor said.

A spokesperson for the mayor's office told FOX 13 the Rays still hope to move forward with their plan to split the team between Tampa Bay and Montreal, which, he says, Castor is open-minded about.

Mayor Castor hopes to entice the team to Tampa even if that means splitting 81 games with Montreal.

While some fans have mixed feelings about the split-season concept, Castor says she doesn't mind – because a base hit is better than a strikeout.

"I think that it clearly is unique. It's a novel idea, will be the first of its kind," Castor said. "As I have said many times, at the end of the day, baseball is still a business and so it's up to the Tampa Bay Rays to ensure that this business model works."

The mayor said she sees potential in a stadium that could host non-baseball events, like men's and women's pro soccer.

The wait is over for who will reimagine Tropicana Field after St. Pete Mayor Rick Kriseman announced a developer for the project Wednesday.

This was the first time Sternberg expressed the team's interest in the former Kforce headquarters in Ybor City, which would open new opportunities for Tampa.

''We can have different mobility options there," Castor said. "The possibility of the train coming in from Orlando, having our streetcar down in that area connects Ybor City with Channelside with Tampa Heights with downtown. You know, we'll have so many neighborhoods that will be connected through mobility options. That is just an exciting prospect."

The Canadian Taxpayers Federation says they don't want to pay for the Rays' new stadium, either.

"How does that look? That's really what we're working on right now, are the nuts and bolts of a proposal, something that is appropriate and acceptable for all parties involved," Castor said.

St. Pete's mayor is also interested in keeping the Rays in town. with plans for the Tropicana Field site to be redeveloped with retail, offices, housing, and green space, plus room for a ballpark.

In his acceptance speech last night, Welch said he's focusing on the next steps to get this city moving more urgently. Specifically, he’s calling out housing affordability and neighborhood safety.

"We now have a developer selected for us to be able to bring the Rays in and really talk some serious numbers with the team," said Mayor Rick Kriseman at a press conference last week.

The city of Tampa, Hillsborough County, and the Tampa Sports Authority are crunching serious numbers themselves.

"Their belief, as was relayed to me, is that they can convince anybody in 30 minutes that the split season is the future of baseball," said Castor. 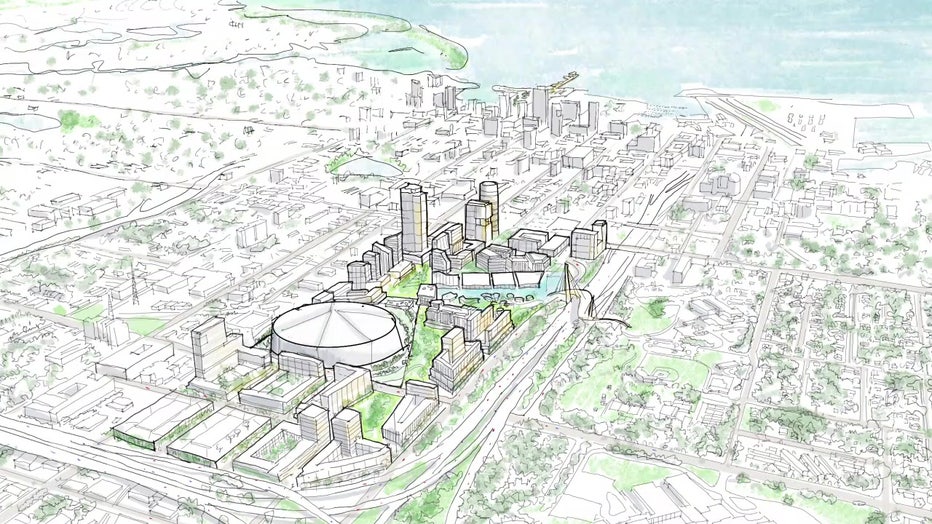