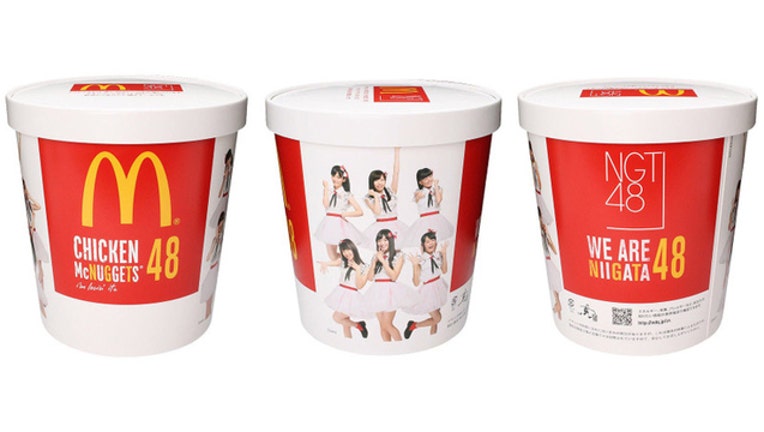 A bucket of McNuggets.

That’s what’s about to be unleashed on the unsuspecting citizens of one region in Japan – a bucket with 48 McDonalds Chicken McNuggets.

The 2,000-plus calorie meal is a limited time offer in the Niigata Prefecture as part of a promotion for the new Japanese pop group NGT48, which is sometimes referred to as “Nugget 48” by some in Japan.

Eater reports that each bucket will come with a commemorative card that has one of the two-dozen-plus members of the pop group.