Wrestle like a girl at Middleton High School and win

TAMPA, Fla. - One Hillsborough County high schooler is showing the world that the sport of wrestling isn't just for boys.

As the first girl ever on the Middleton wrestling team, 14-year-old Bhavya Bansal has already won her first two matches.

"It was actually joke among my friend group. They were already in wrestling, a couple of my friends, and were like, 'Oh, what if like a girl was wrestling, if you joined wrestling, that would be so funny.'"

Bansal said she was intimidated at first by her relative inexperience.

"I was like, I have no shot against this," she recalled of seeing her opponents. "You know, I'm just going to go out there, give it my all, and use what I've learned."

But in the moment, Bansal knew exactly what to do, pinning her female opponent. After the moment sunk in – winning her first varsity match -- she realized there are probably other girls out there who also have untapped potential on the mat. 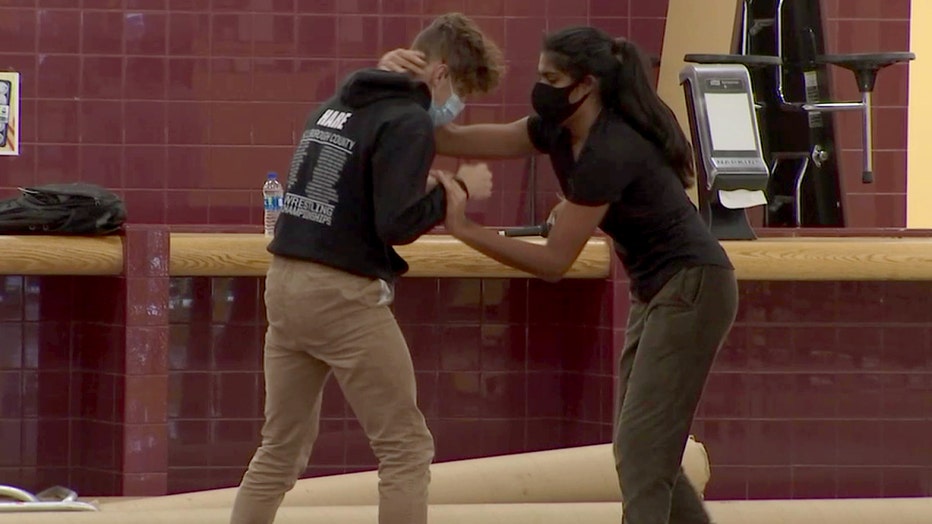 "I hope to see other girls maybe at Middleton join wrestling, just all over Hillsborough County and everywhere. I would hope to see a girls varsity team somewhere so we can have other girls that we can wrestle against."

Her first match was last Friday. In her second, this past Monday, she won against another female opponent. Bansal said she can wrestle boys or girls, it just depends on the other team’s roster.

As for holding the title of first female on Middleton’s wrestling team, Bansal said, "It's a broken barrier, it's something written in history, I'm really glad to be a part of it."

Wrestling is not her first athletic activity. She has a black belt in Taekwondo and has played basketball and other sports her entire life.

She also has a 5.0 grade-point-average in Middleton’s magnet program. Her goal is to become a neurologist.